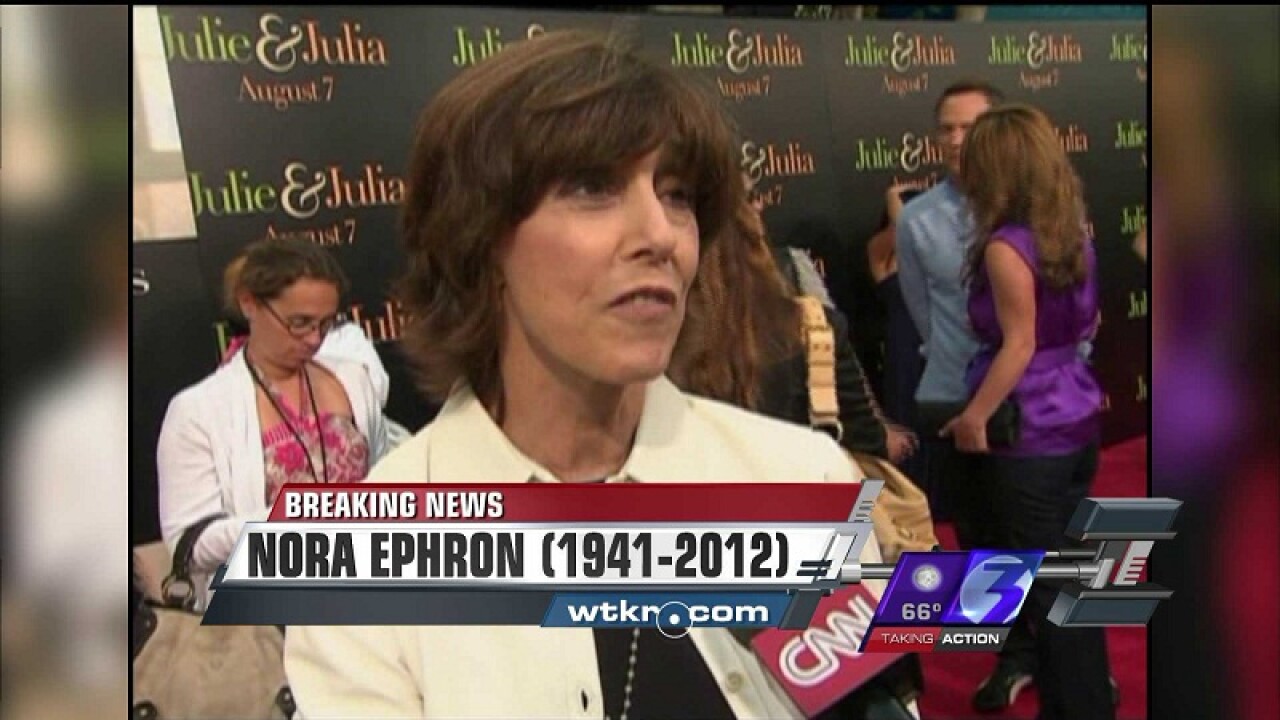 (CNN) — Novelist, filmmaker and screenwriter Nora Ephron has died, her son Jacob Bernstein told The New York Times. She was 71.

Ephron’s romantic comedies included the box office hits “When Harry Met Sally,” and “Sleepless in Seattle,” both of which earned her screenwriting Oscar nominations.

She was also nominated for an Oscar for writing “Silkwood,” the story of anti-nuclear activist Karen Silkwood.

She was the first woman to write and direct her own films, including “Sleepless in Seattle.”

Ephron’s parents, Henry and Phoebe Ephron, were also screenwriters, with “Carousel,” “Desk Set” and “There’s No Business Like Show Business” on their resumes.

“They were funny and they believed that everything was copy,” Ephron said in a CNN interview in 2009. “They believed that anything in life could be turned into a story, which is really the first rule of humor.”

Ephron’s life was particularly central to her father’s memoir, “We Thought We Could Do Anything.”

Humor was important for surviving her childhood, she said.

“I don’t think you can get through almost anything without humor,” she said.

The destruction of her marriage to Bernstein was the basis of her book and movie “Heartburn.”

“And I feel bad for the people who don’t at some point understand that there’s something funny in even the worst things that can happen to you,” Ephron said.

“The loss of Nora Ephron is a devastating one for New York City’s arts and cultural community,” Mayor Bloomberg said in a statement. “From her earliest days at New York City’s newspapers to her biggest Hollywood successes, Nora always loved a good New York story, and she could tell them like no one else.”