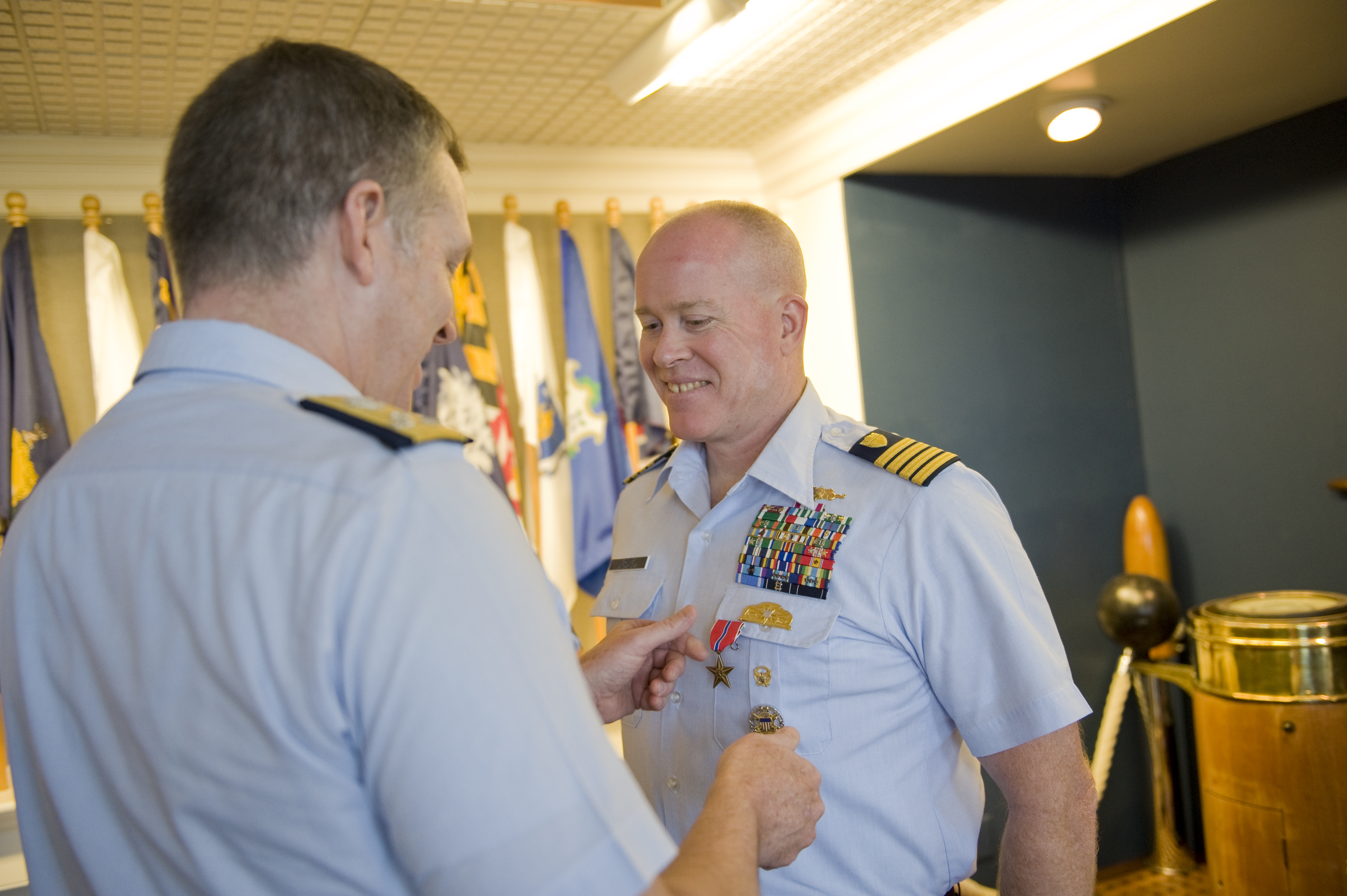 PORTSMOUTH – A local coast guardsman was awarded the Bronze Star, the fourth-highest combat decoration, at the Portsmouth Federal Building Tuesday for his performance in transitioning border security advisory responsibilities from the U.S. Forces-Iraq to the Iraqi government.

Capt. Steven Banks, from New Preston, Conn., deployed May to December 2011, as the Department of Homeland Security attaché who was responsible to the assistant chief of Mission for Law Enforcement and Rule of Law for transition of broad U.S. government responsibilities in immigration, customs and border security. Throughout Banks’ tour he was exposed to regular indirect fire attacks and improvised explosive devices.

He conducted senior leader engagement at the ministerial level with the government of Iraq’s Ministry’s of Defense, Interior, Finance and Transport. As the Coast Guard maritime security advisor, he led the MSA team advising the Iraqi Ministry of Interior, Ministry of Defense and Ministry of Transportation.

“It was a distinct honor and privilege to receive this medal in recognition of serving in Iraq while the government undergoes a transition in securing their borders,” said Banks. “This is also an recognition of the maritime security advisors and Patrol Forces Southwest Asia units as part of the DHS team who contributed significantly helping the transitioning Iraqi government.”