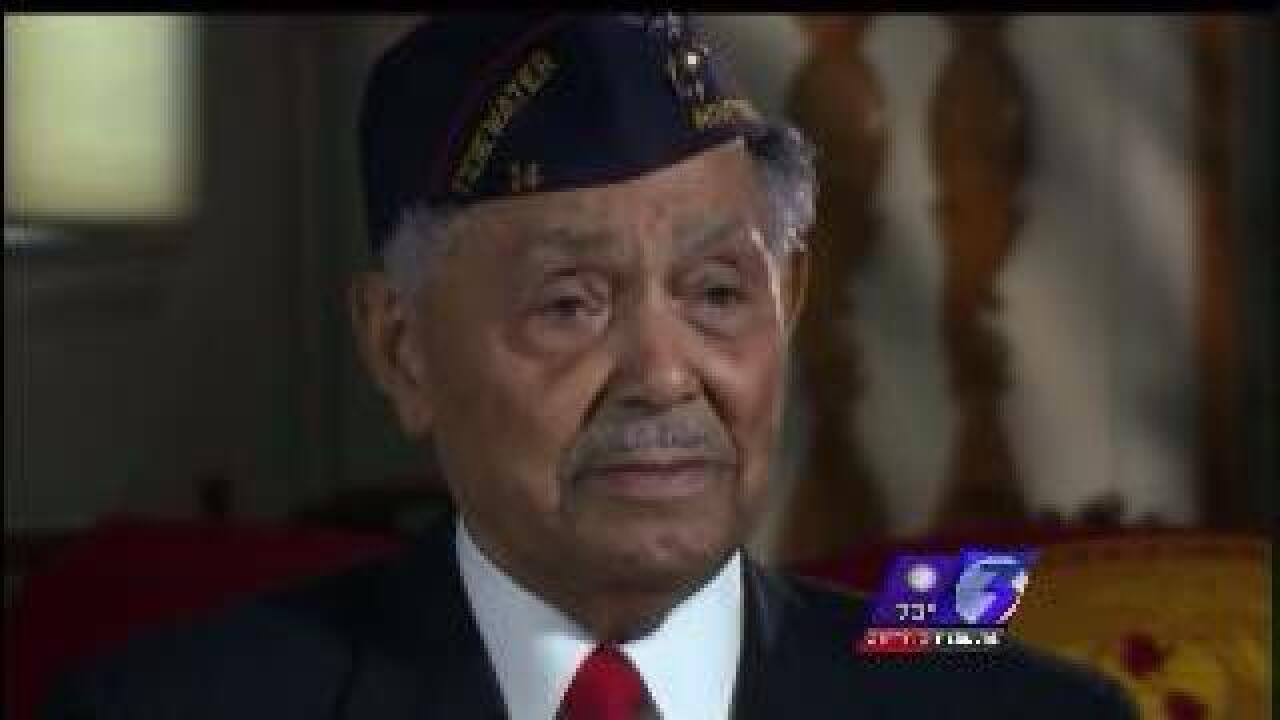 Today, some of the last remaining Montford Point Marines were in Washington receiving their long-awaited recognition – a congressional gold medal.

They were the first African-Americans allowed into the U.S. Marines.

And one of them lives right here in Hampton.

In 1941, President Franklin Roosevelt ordered the Marines to accept African Americans. For the next eight years, they served in black only units—commanded by white officers—and they trained on a segregated base in Jacksonville, North Carolina called Montford Point.

“I realized from the beginning what we were doing was historic, and it was going to be a part of history, part of the changing up of America,” says 90-year-old James "Rudy" Carter.

But black Marines would be prohibited from serving in combat roles.

Carter rose to the rank of First Sergeant, the highest rank a black Marine could obtain but he never made it to the frontline.

Nearly 13,000 Montford Point Marines eventually did as the war intensified in the Pacific.  These  so-called "support" troops landed at Iwo Jima and Okinawa alongside white combat units.

In the face of enemy fire, they kept the troops stocked with ammunition and rescued the wounded and are credited with helping win those battles.

But their bravery was never officially recorded.

Fewer than 300 of the Montford Point Marines remain. Rudy Carter is believed to be the last living member of his unit.