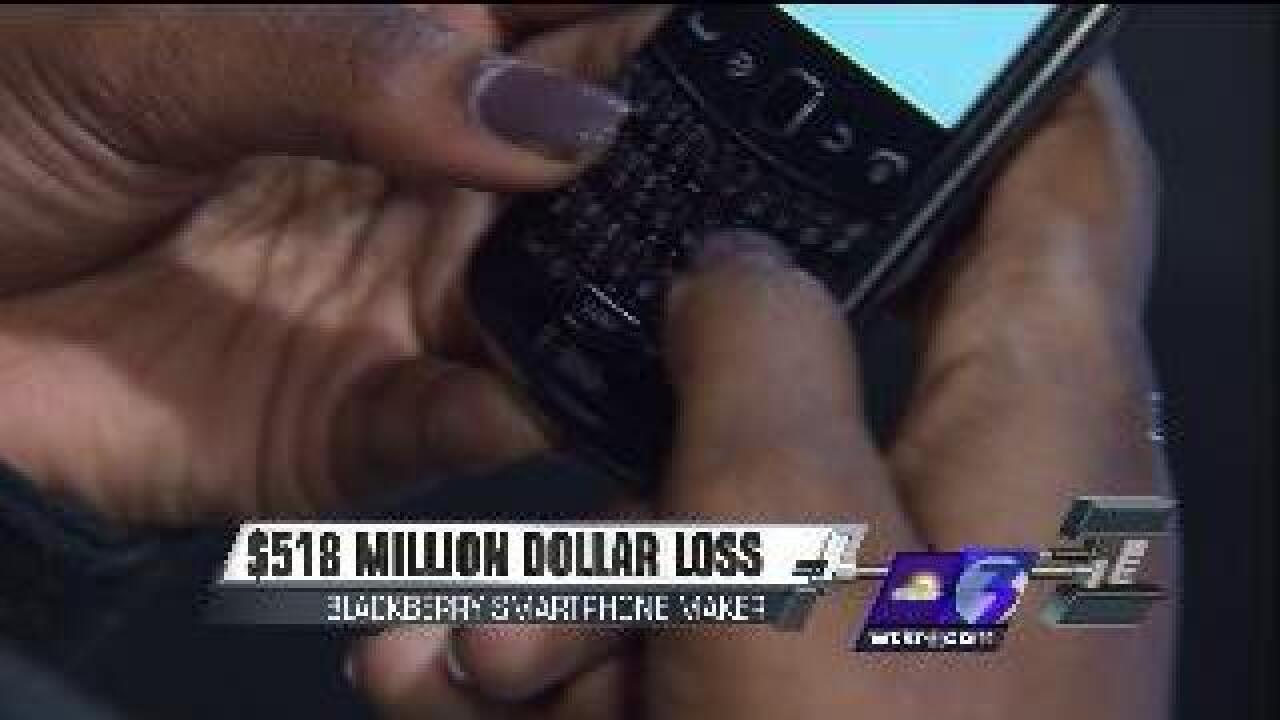 The makers of the Blackberry may be struggling for a piece of the smartphone.

Research in Motion, the company that makes Blackberry, reports a loss of about 518 million dollars.

Along with the cuts, the company says it’s also delaying the release of the new Blackberry 10 operating system.

That's now expected to be rolled-out next year.