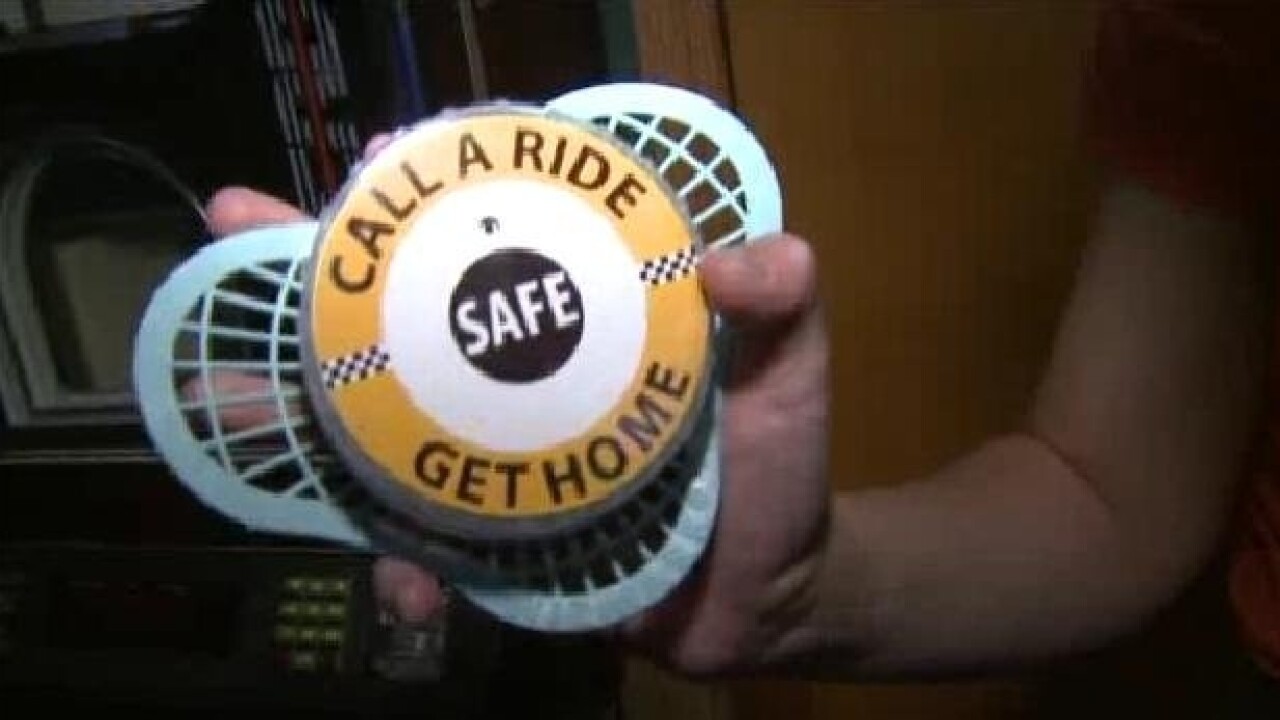 Embargo: Grand Rapids-Kalamazoo-Battle Creek, MI This Fourth of July holiday, patrons at some Ottawa County bars like Googs in Holland will hear something strange coming from the urinal. They will hear a woman’s voice reminding them to avoid drinking and driving, coming from a talking urinal cake.

Grand Rapids, MI (WXMI) — Michigan’s Office of Highway Safety and Planning is using some unusual methods this Fourth of July holiday to keep people from drinking and driving.

This year’s campaign is taking the message to the men’s bathroom.

Patrons at some Ottawa County bars like Googs in Holland will hear something strange coming from the urinal. They will hear a woman’s voice reminding them to avoid drinking and driving, coming from a talking urinal cake.

“That’s right I’m talking to you,” says the voice coming from the “talking” electronic urinal cake. “Had a few drinks? Maybe a few too many? Do yourself and everyone else a favor, call a sober friend or a cab.”

“It’s different,” says bar owner Brad White. “It’s another way to get out the message to people about designated drivers and responsible drinking.”

“It should get your attention,” says Lt. Chris McIntire, Michigan State Police.

McIntire says the talking devices have been given to participating bars in Wayne, Bay, Delta and Ottawa Counties.

“It’s their way to target those folks that are our worst violators,” says McIntire.

The bathroom freshener is mostly serving to refresh a man’s memory about getting a designated driver.

The urinal cakes are only appearing in men’s bathrooms because the Michigan State Police report that most drunk driving crashes involve men. Their statistics show a three to one ratio over women.

“We know from last year, 80 percent of the alcohol-related accidents were caused by men”, says Lt. Chris McIntire, Michigan State Police. He says 40 percent of those crashes are caused by 21 to 34 year old men.

The Office of Highway Safety and Planning used federal grant money to purchase 200 of the talking urinal cakes for $10,000.

In addition to the potty talk, law enforcement will also use traditional channels to combat drunk driving, like stepped up patrols and extra officers on the road.

White says, “It might mean a little less sales for me, but knowing somebody’s getting home alright is always a good thing.”

For the germ-conscious, there is an added bonus.