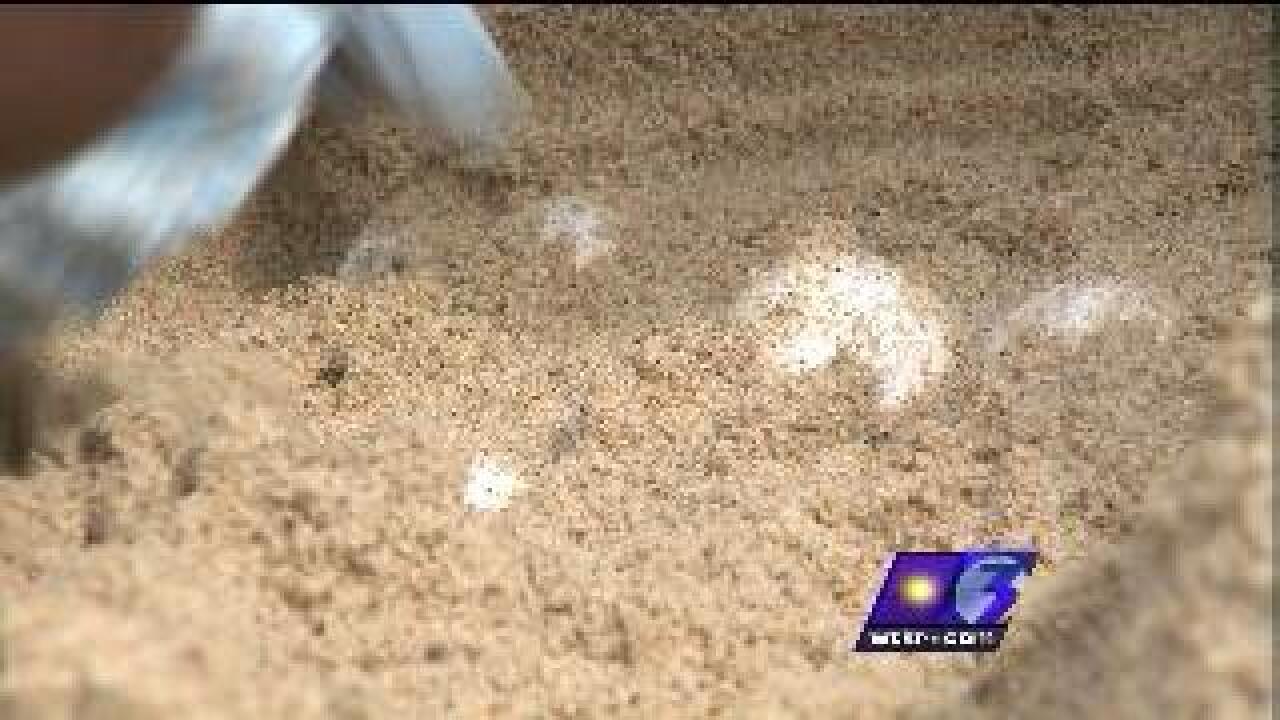 The number of sea turtles making their nests on the beaches of Virginia Beach is up.

On Monday, a loggerhead sea turtle laid 115 eggs near 57th Street at the Oceanfront.

Those eggs have since been moved to the Back Bay National Wildlife Refuge because of the high volume of traffic at the Oceanfront that might disturb them.

John Gallegos, a Senior Wildlife Biologist at Back Bay, says a turtle nesting in that part of Virginia Beach is pretty rare.

However, more rare is the nest that was found at Dam Neck on June 15th.

That's because it belonged to a Kemp's ridley sea turtle, which is an endangered species.

The nest on Dam Neck is the farthest north the turtle has ever been known to nest.

Gallegos says they are typically found much farther south: "The Gulf of Mexico, primarily in states like Texas, Florida and Louisiana."

In addition to the rare Kemp's ridley nest, the number of sea turtles laying eggs in Virginia Beach is also unusually high this year.

So far, seven turtles have nested in Virginia Beach, the most recent being found on Tuesday at Back Bay.

Gallegos says nine is the most he can ever remember in his 21 years at the refuge and he expects to break that record this year but isn't sure what may be behind the increase.

"To draw any real conclusions at this early stage is speculation, but we are good at that. Biologists love to speculate," Gallegos said.

Part of the speculation is not just why the turtles are nesting in Virginia Beach, but also why they aren't nesting farther south.

"The one thing that comes to my mind is the Deepwater Horizon Oil Spill down there. We know that there are residual effects of the oil spill still at work and we wonder - we speculate - if that might be causing the nesting range to shift," Gallegos explained.

Changes to the ocean might also play a role.

Volunteers and refuge staff will continue to patrol the beaches in Virginia Beach looking for signs of sea turtle nests throughout the summer.