Update: Police officers involved in crash on I-64 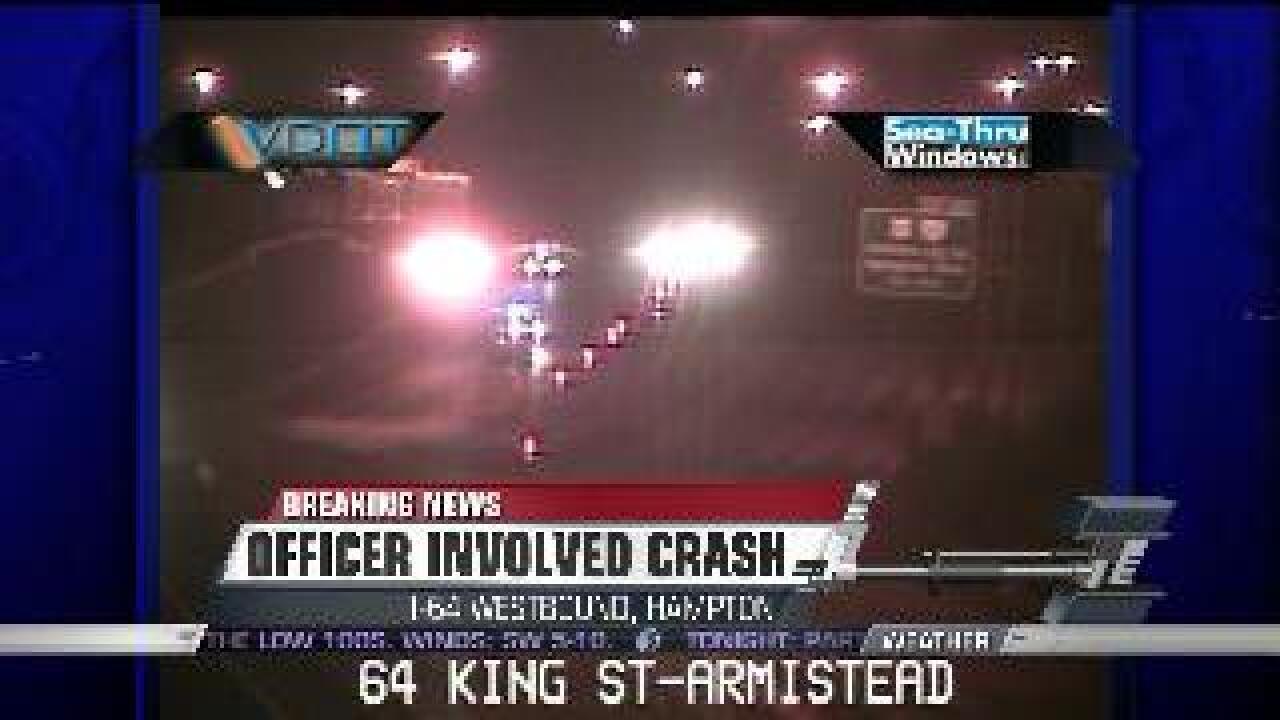 In Hampton on I-64 - this morning, State police say officers were involved in a crash.

It happened around 3 a.m. Wednesday morning in the westbound lanes near the Armistead Avenue exit.

Police say Gabriel Martinez, the driver of a Ford Mustang that struck a Trooper's vehicle,  was charged with reckless driving.