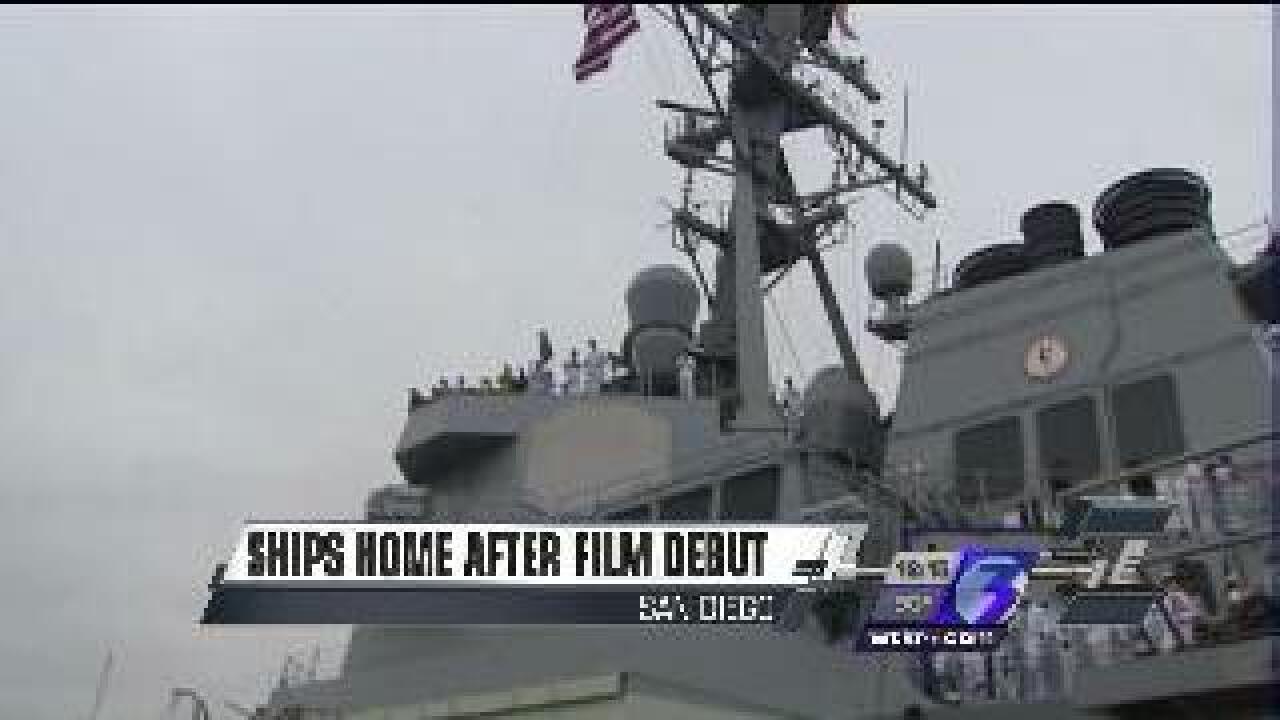 On the Military Watch - A homecoming for two naval ships after they made their big screen debut.

The USS McClusky and USS John Paul Jones returned to port in San Diego on Tuesday.

The McClusky, a guided-missile frigate, spent time in the Pacific Ocean and Caribbean Sea.

And the John Paul Jones, a guided-missile destroyer, conducted security operations in the western Pacific and Middle East.

It was also featured prominently this year in the film "Battleship".

Both were gone for about six months.