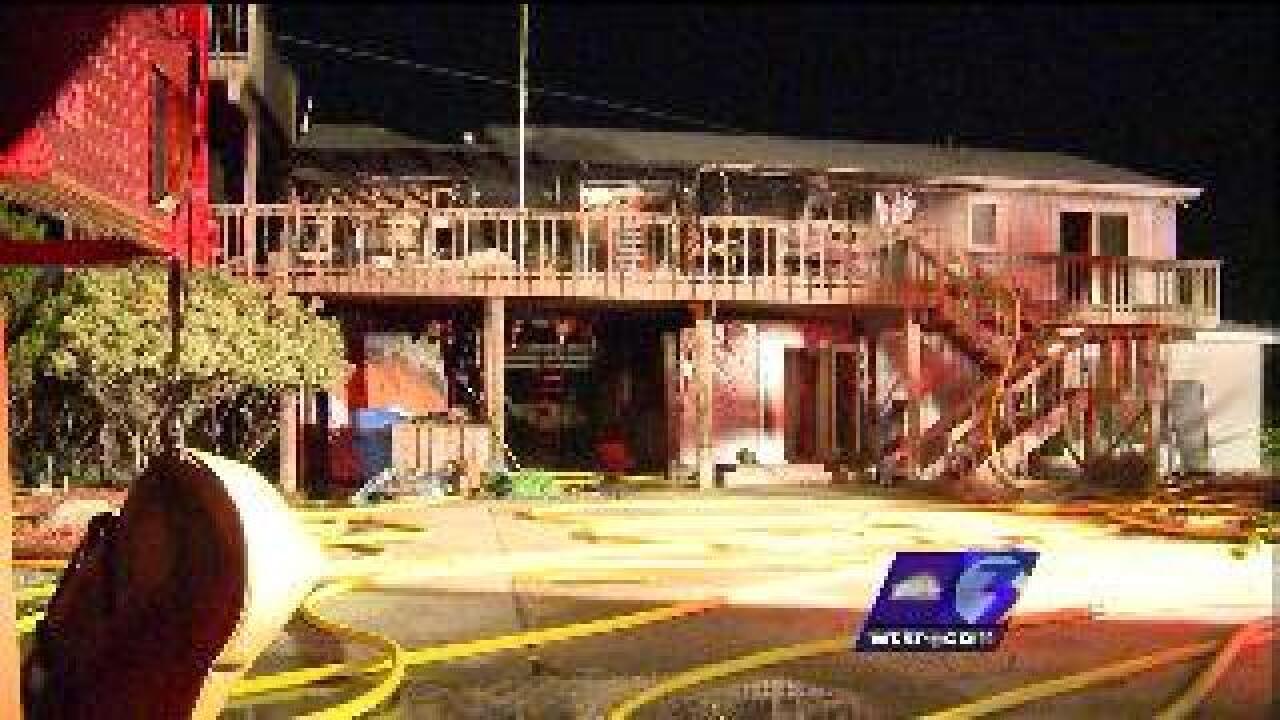 Barbara Dougherty gathers what she can from a fire that destroyed her Sandbridge home of more than three decades.

And Virginia Beach Firefighters say this all could have been avoided if people didn’t use fireworks, which are illegal in Virginia Beach.

Investigators say they found fireworks near the Sandbridge home.

Tim Riley, Virginia Beach Fire Spokesperson, says “For me, it's very frustrating trying to get the word out and then having to deal with the aftermath in a senseless tragedy.”

And fireworks are also to blame for another house fire on Caddy Court. Investigators say someone dumped used fireworks in a trash can next to the house.

It caught fire and it spread to the home damaging the roof and garage. There’s also smoke damage in the home.

In both fires, people were inside. But all made it out in time, though some had minor injuries.

And even though having fireworks is illegal in Virginia Beach, firefighters say no one will be charged in either fire.

Riley says, “Since we can't actually find who was in possession of them, we can't charge them.”

Instead, both families will have to salvage what they can from fires that could have been prevented.