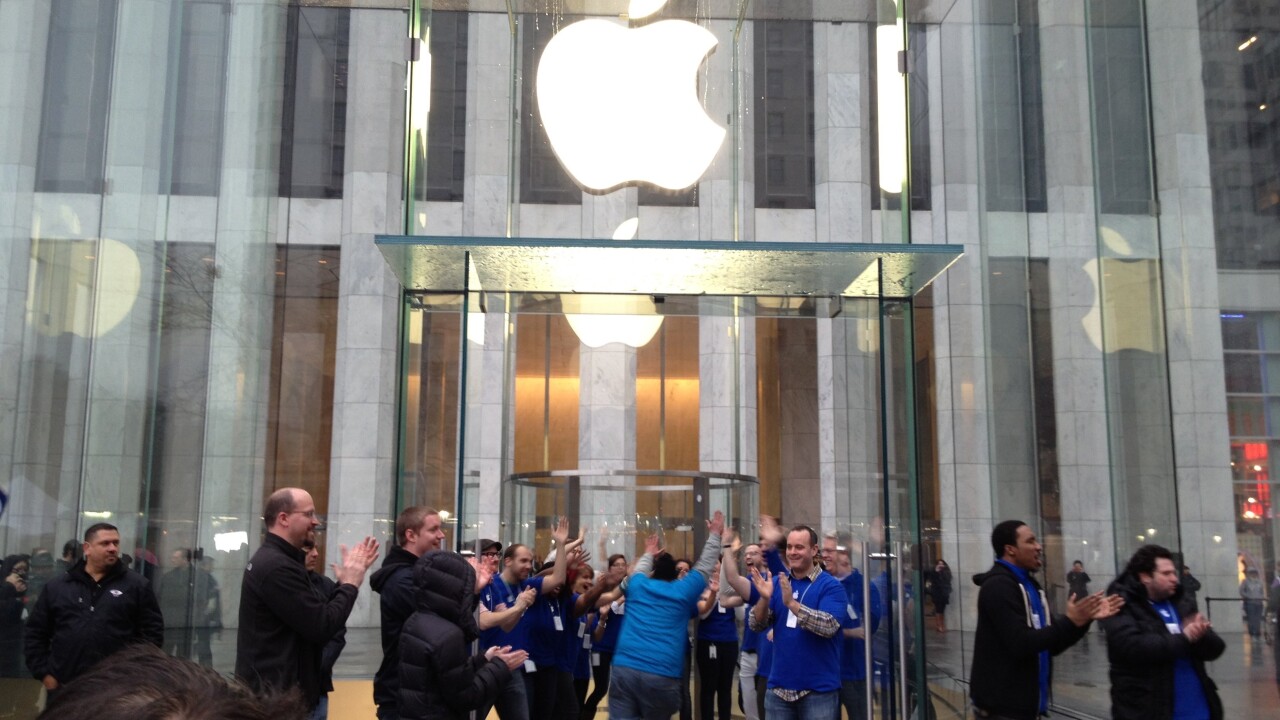 The new iPad may not be much different than the previous version, but that didn’t stop thousands of Apple fans in New York from waiting hours in line to be among the first to get it Friday, March 16, 2012. Apple’s newest tablet went on sale around the world Friday. Large retailers such as Wal-Mart and Best Buy were selling the tablet. Wal-Mart even had a limited amount on sale at midnight. But enthusiasts mostly flocked to Apple’s own stores.

(CNN) — Apple says it has fixed a glitch that was causing apps downloaded from its online store to crash this week.

“We had a temporary issue that began yesterday with a server that generated DRM code for some apps being downloaded,” Apple spokeswoman Trudy Muller said. “It affected a small number of users. The issue has been rectified and we don’t expect it to occur again.”

Users who had trouble launching an app can delete and download it again, Muller said.

The problem came to light Wednesday when Marco Arment, the creator of mobile app Instapaper, blogged and tweeted that an update to that app was crashing and fading to black immediately after people downloaded it.

He documented more than 100 apps that also appeared to be having the same problem, including “Angry Birds,” Huffington and GoodReader, before saying it was getting too hard to keep up with complaints that were coming in.

In the interim, GoodReader had issued a 24-step procedure to work around the problem.

The glitch was impacting apps for the mobile operating system that runs iPhones and iPads as well as apps for Macs.