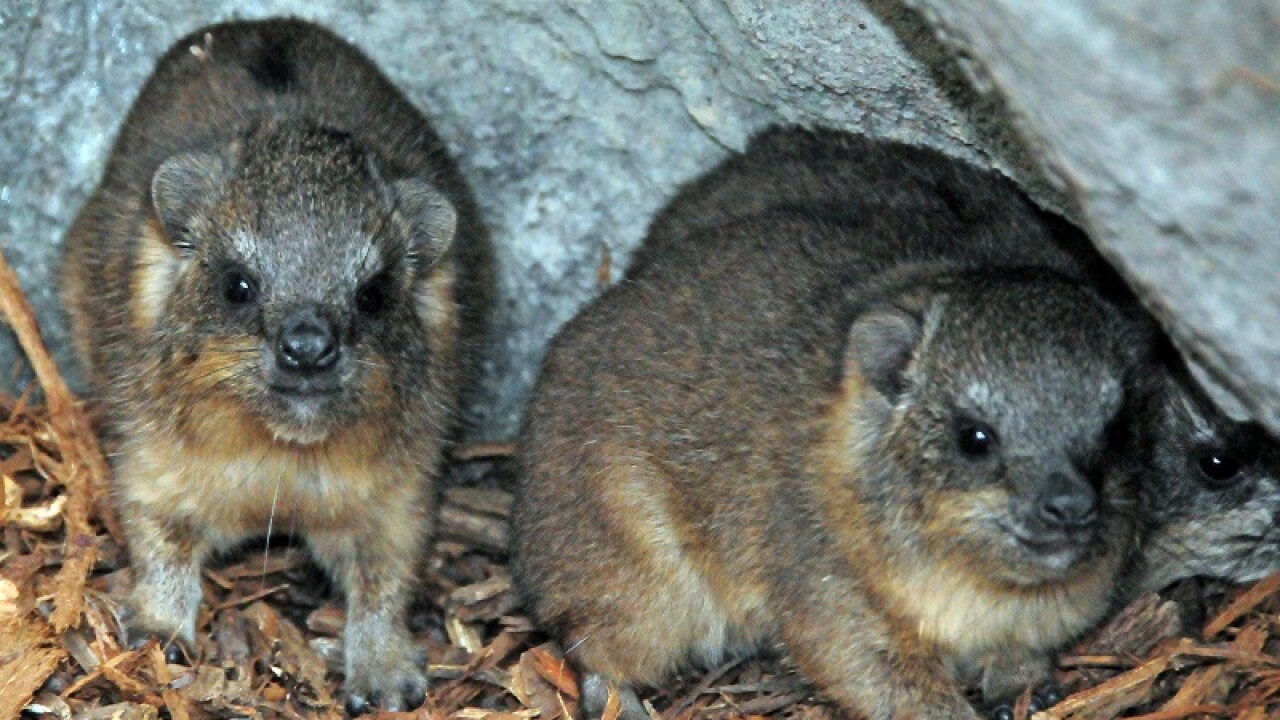 Visitors can now get a look at three new baby hyraxes at the Virginia Zoo’s Africa-Okavango Delta exhibit.

Hyraxes are described as small, heavy-set mammals from Africa and the Middle East.  They are able to climb steep, rocky surfaces with the help of rubbery pads on their feet that act as suction cups. They can range between 1 and 2 feet in length and weigh from 5-9 pounds.

“Like their parents, the babies like to wedge themselves into crevices, so look for them in between the rocks,” said Greg Bockheim, the Virginia Zoo’s executive director. He added that the adults often sit high on the rocks and freeze in place to avoid being seen, and that the babies will develop similar behavior as they grow.

Hyraxes’ ancestors also gave rise to elephants and manatees, and modern hyraxes have many features in common with elephants, including excellent hearing, sensitive pads on their feet and good memory. Their upper incisors are enlarged, forming continuously growing tusks.