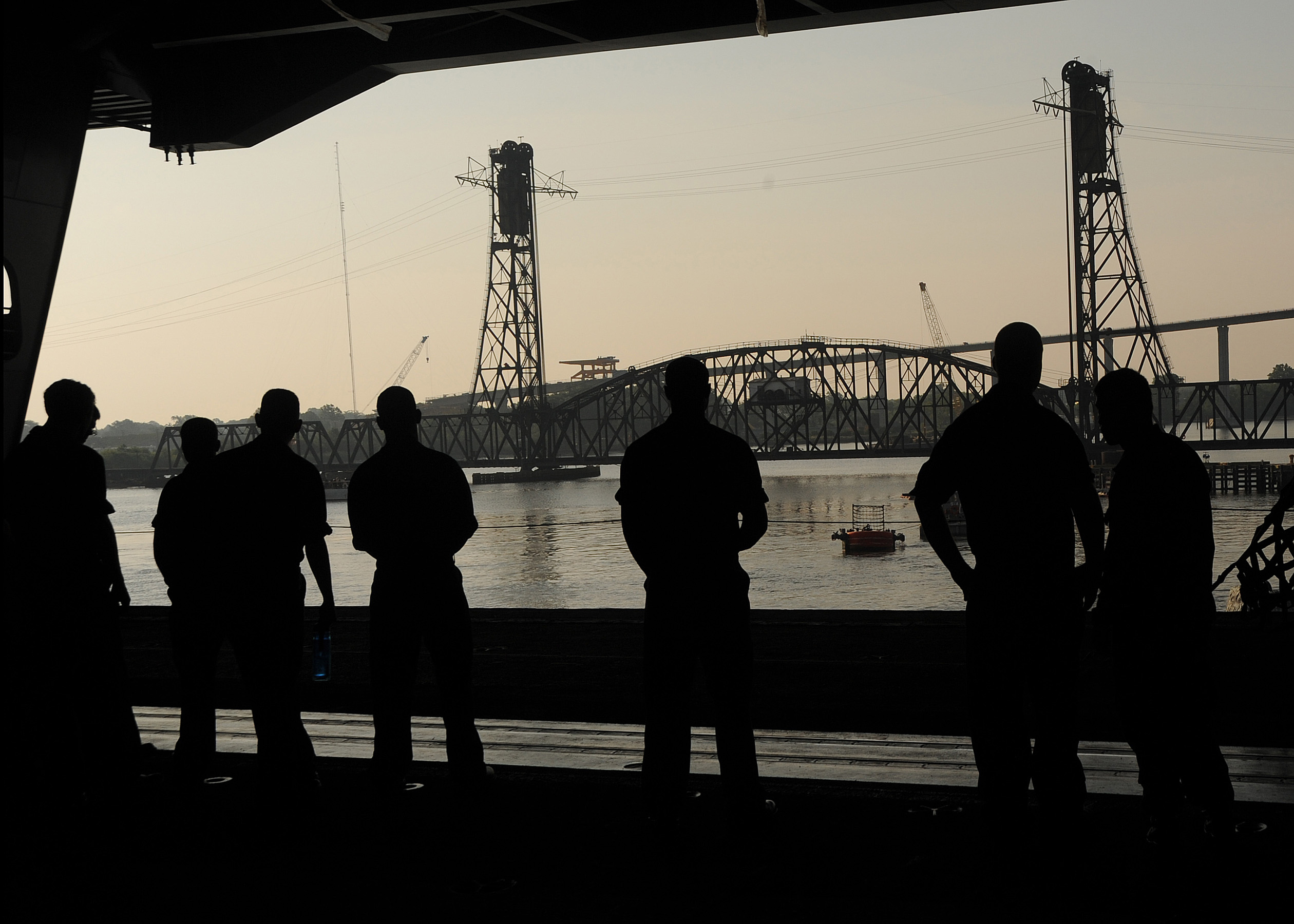 The sea trials will test the Truman’s system capabilities in surface operations, deck seamanship, flight deck operations and damage control readiness.
“Today’s successful underway was the product of Truman and NNSY’s hard work and dedication for the past 16 months in the shipyard,” said Capt. Dee L. Mewbourne, Truman’s commanding officer.  “It is absolutely fantastic to be back at sea where we belong.”

Truman is conducting sea trials in collaboration with Norfolk Naval Shipyard to train Sailors and ensure operability of equipment and systems while at sea.

“We have completed an enormous amount of testing, but things still need to be observed,” said Cmdr. Daniel Rossler, Truman’s chief engineer. “During this underway, we must work together to accomplish all the goals needed to successfully get this ship back in the fleet.”

The goal is to re-establish the proficiency of the ship and its training teams, said Rossler.

A series of training exercises will be performed and evaluated while Sailors complete final personnel qualification standards.
During sea trials, Sailors will work hard to maintain Truman’s standard of excellence during its qualification phase, said Rossler.
“We have to make sure the crew is qualified as well as the ship,” said Aviation Boatswain’s Mate (Handling) 3rd Class Daniel Colon, assigned to air department.  “We have to test equipment to make sure it works properly.”

The Truman’s 16-month DPIA was the largest aircraft carrier DPIA in the history of NNSY.

“I’m very proud of what we’ve accomplished in this very challenging DPIA, and I look forward to wrapping up our sea trials and returning to fleet service,” said Mewbourne.

Upon completion of sea trials, Truman will return to its homeport in Naval Station Norfolk.