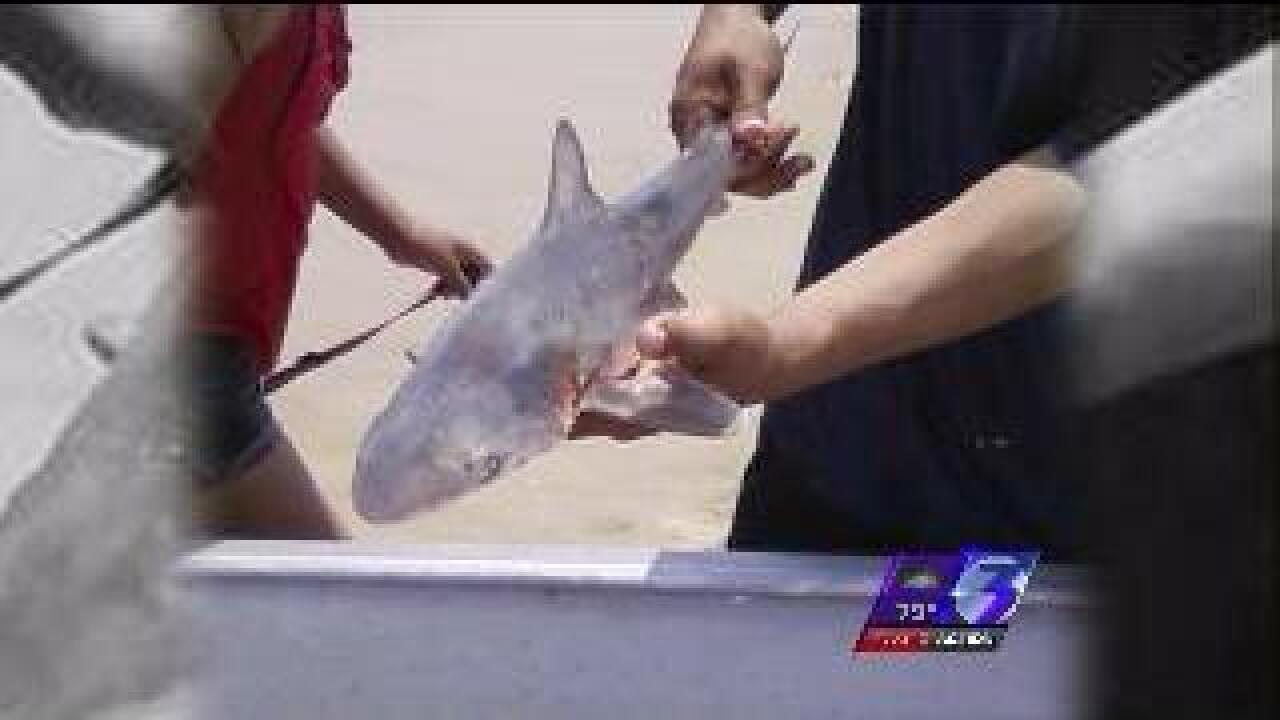 Several baby sand sharks were killed just feet off of the shore in Ocean View Saturday.

"It was appalling to me," said Lisa Lockhart. "I think it's just cruel what they done. They're just babies."

Adding, "They were beating them in the head with clubs to kill and then they had kids out here playing with them on the beach."

"Sand sharks don't bother anybody anyways unless they're trying to defend themselves,"

Lockhart said. "So there's really no need. If you catch one accidentally, you throw it back in. You don't keep it up and you don't beat it to death."

Virginia Marine Police were soon there.

NewsChannel 3 tried contacting them to find out if the men were charged with a crime, but their office was already closed for the day.

Lockhart says even from her vantage point, it was clear to see the sharks were too small. They were no more than two feet long, well short of what's legal.

"They did confiscate the sharks, but it was too late," Lockhart said. "They were already dead and I just think it's cruel."

Lockhart fishes herself and when it comes to the bay in her backyard, it's all about the golden rule.

"This is their home," Lockhart said. "It's not our home and when you go out here, you're entering their home. They have a right to live. It's not like they're coming out here into our home to kill us."

For Lockhart, it's particularly saddening when you see how small the sharks were and how big the smiles were on the faces of the men.