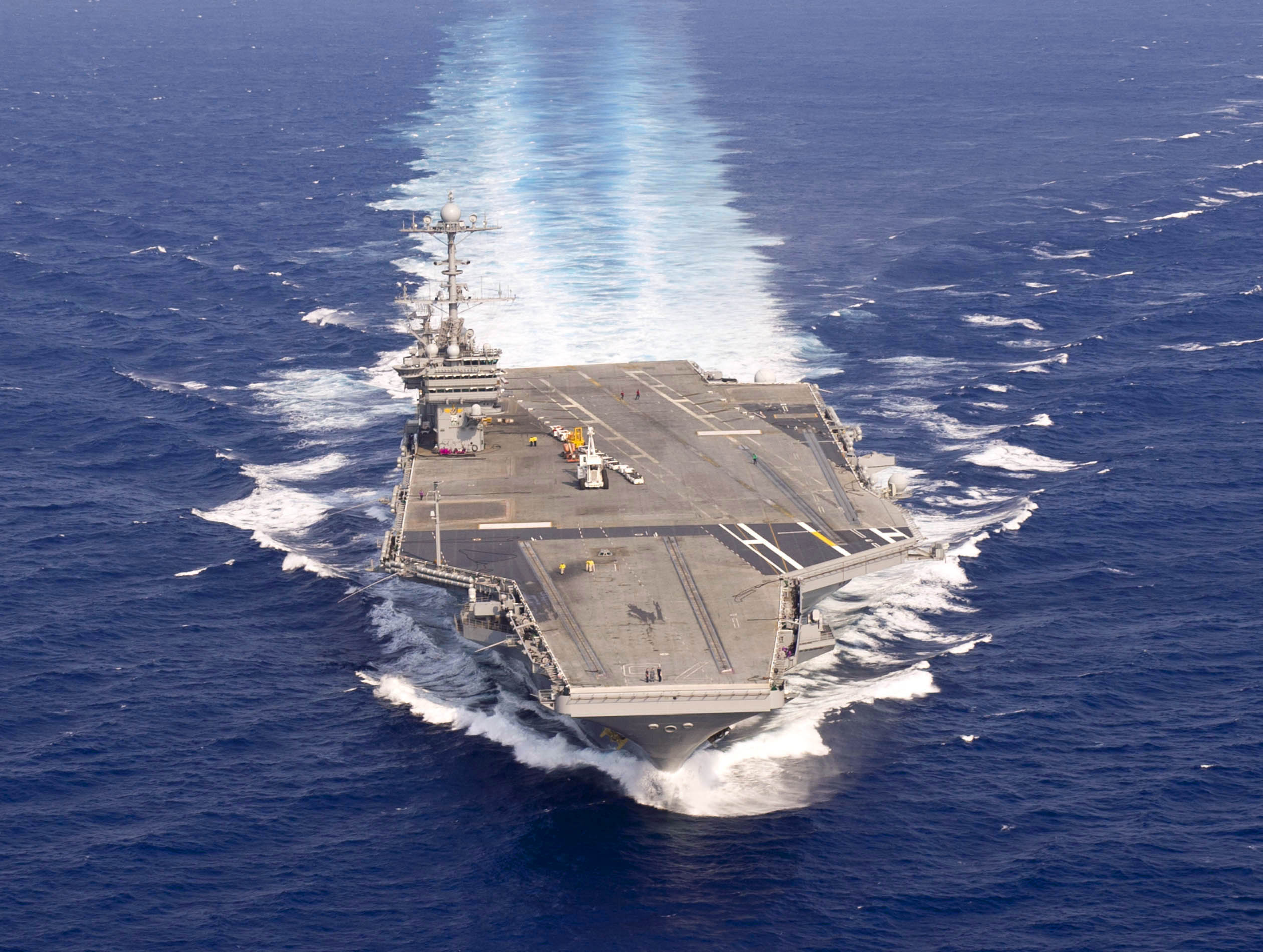 The crew of the aircraft carrier USS Harry S. Truman conducted a full power run and rudder swing checks during sea trials on Sunday, rolling the ship more than 13 degrees in each direction.

“After weeks of calibrations and testing, the ship’s steering was finally put to the test,” said Lt. Kasey Vowell, assistant auxiliary division officer for engineering department. “We were looking for proper timing between rudder swings, and they performed well within standards as the tests were conducted.”

The Truman maxed out at 30 plus knots during the full-speed run and passed the rudder swing check, said Vowell.

“The rudder performed perfectly as repairs were made and long hours were put into getting it ready for sea trials by sailors and shipyard workers,” said Machinist Mate 2nd Class (SW) Marcus Campbell, the petty officer in charge of maintenance for the rudder and steering systems during sea trials.

“When you are swinging the rudder fully left or right, it has to swing in a very precise position. If it is off by even a degree, the rudder can cause serious damage to itself or the systems that control it,” said Campbell. “Making sure the rudder was ready was not a one-man job. It took the work of everyone, especially sailors working in the hydraulics division.”

The Truman is conducting sea trials in collaboration with Norfolk Naval Shipyard to train sailors and ensure operability of equipment and systems while at sea.