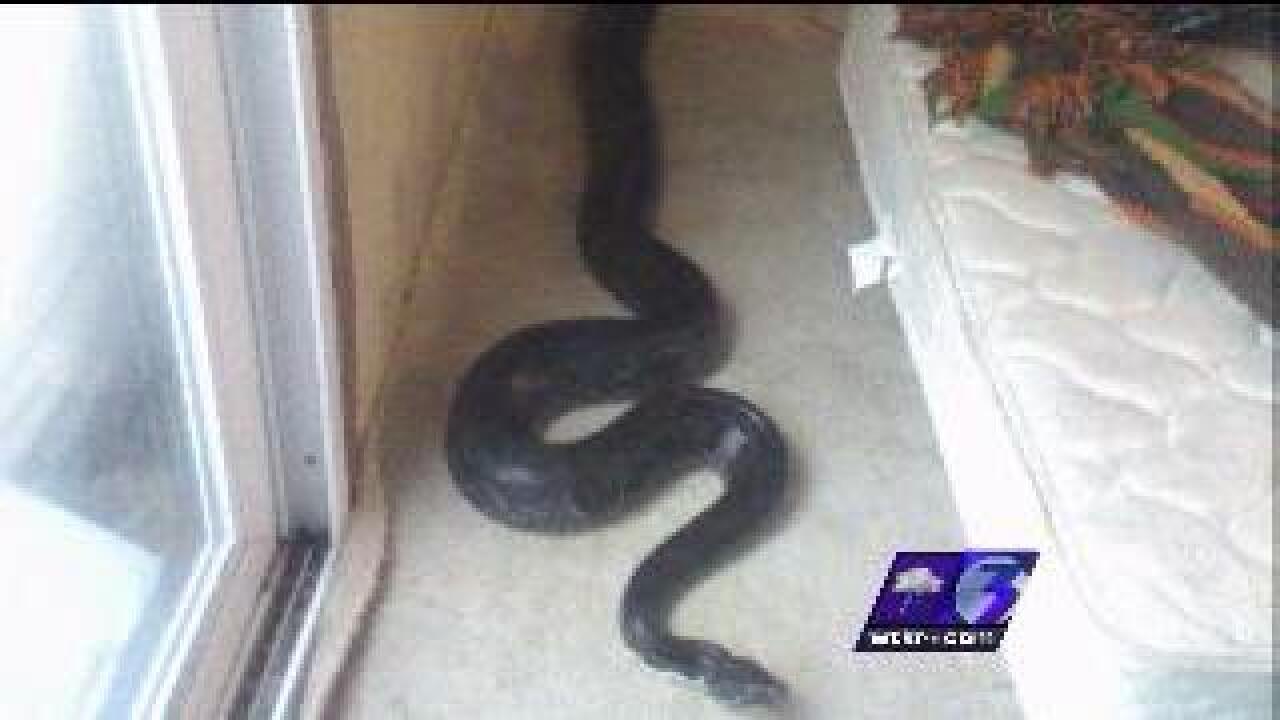 The owner of a missing python in York County is defending the snake and admits he has no idea if the massive snake escaped or if its caretaker may have sold it for cash.

York County Officials have been searching for Pepper, the Burmese Python, in  the Blackwell Trailer Court area of Oriana Road in the Grafton section since Sunday.

Owner Scott Butz says Pepper and her mate, Sunshine, were being cared for by one of his tenants.

"My girlfriend is afraid of snakes,  so we kept the snakes there. That was part of the tenant's rent--to make sure they were secured and watered. My fish tanks were taken care of, my dog was fed, that was part of his rent," Butz said.

However, Butz says the tenant fell behind on rent and he discovered Pepper was missing when he began the process to evict the tenant.

"The cage, there was two snakes in there. One gets out, the other doesn't? We don't know if it really escaped or if someone came in and took it or he sold it," Butz said.

Butz has been searching the area near the trailer home hoping to find Pepper.

"I've been out there all day, every morning, every evening looking. We've been under every trailer, been under people's houses, we haven't seen anything," Butz commented.

He also has called pet stores to see if anyone has brought the python in to sell it.

"I've called them all and no one has had one brought in, so it would probably be sold to someone personal -a friend type thing," Butz said.

While Butz understands why so many in the Grafton area are worried about the missing snake, he is also defending Pepper for something he says isn't her fault.

"For something like this to go wrong gives snakes a bad name when it's not the snake that has done it; it is somebody's neglect of making sure my cage was secure," Butz said.

Click here to read about another missing reptile in Hampton Roads from 1998.