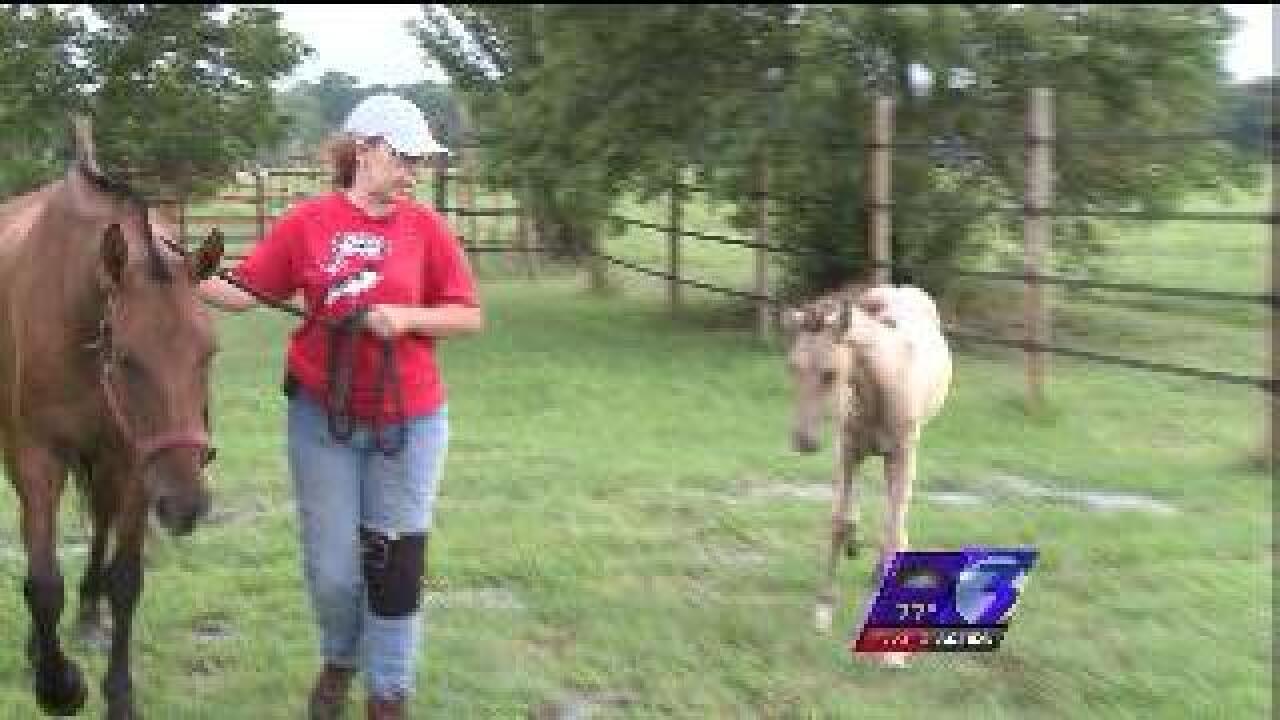 Buttercup can't help but frolic. The little girl and her mom are barely recognizable from when they were seized from a farm in Dinwiddie County in May.

"It's a wonderful thing to take a horse that's a mess and fix 'em," said Debbie Kelly of Suffolk.

Missy was in awful shape. Every bit of food she could find she gave to her newborn.

Since she went to Kelly's farm in Suffolk a week and a half ago, she's put on 43 pounds.

Both still have a long way to go. Missy has about 60 pounds left to gain before she's rideable, but she's getting there.

"She has not slowed down eating in the slightest," Kelly said. "She probably won't for a while. It's been my experience with my guys who have gone hungry, they eat everything that's put in front of them just in case it doesn't come back."

Both had lice. Buttercup's coat is patchy and is re-growing. It'll be a while before Missy's mane comes back. With Kelly as their foster mom, the two are in good hands.

"It's a hope that she and her daughter will have a family that will do the same thing," Kelly said.

She's with the Equine Rescue League of North Carolina, and will take care of them until Missy and Buttercup are ready to be adopted. The temporary home, though, gives them a new start.

"She didn't really want to run," Kelly said. "She didn't want to play."