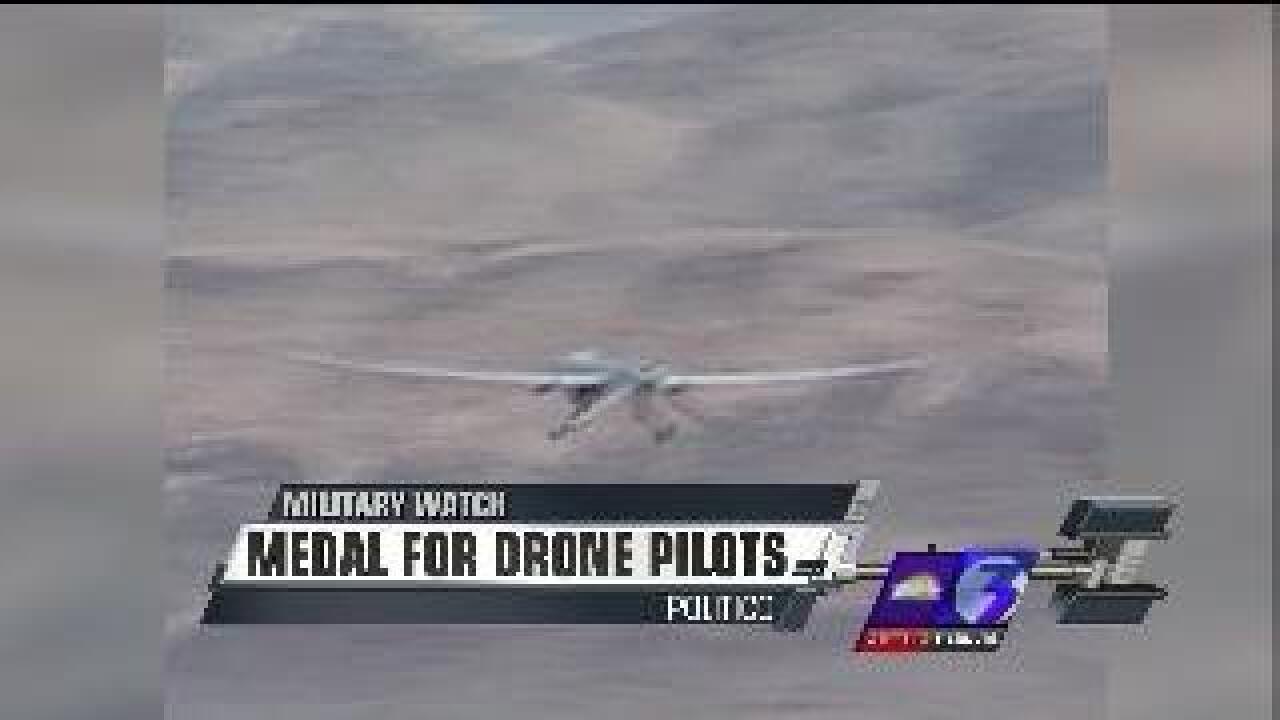 The Pentagon is trying to come up with ways to honor drone pilots with awards.

According to Politico, officials are considering giving military service awards to troops who operate the unmanned aerial vehicles, usually from bases in the U.S.

The website says the medal would be specifically for drone pilots.

Some people argue the pilots shouldn't get combat recognition because they're not on the ground, in the air, or in any danger when flying the drones.