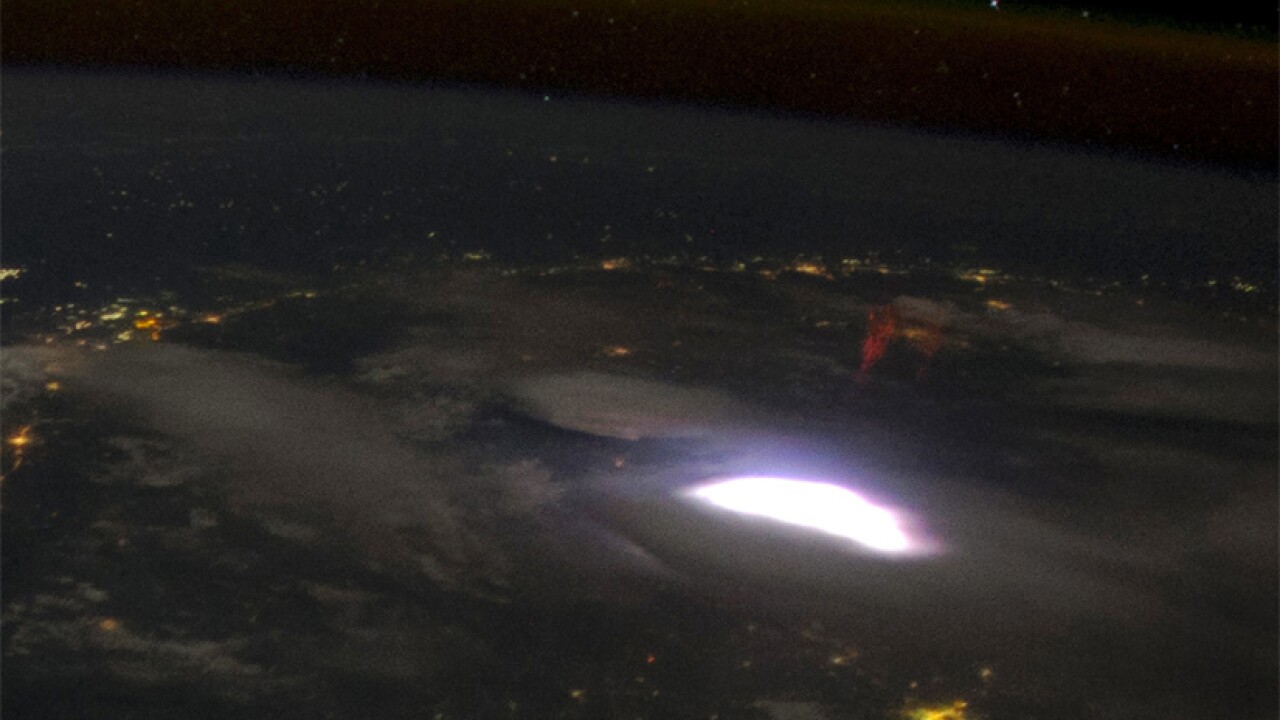 Astronauts aboard the International Space Station (ISS), show a rare atmospheric phenomenon known as a red sprite hovering just above a bright flash of lightning in a thunderstorm over Myanmar.

First documented in a photo in 1989, red sprites are very brief flashes of optical activity that are associated with powerful lightning discharges in storms. The exact mechanisms that create sprites are still unknown.

Because sprites occur above thunderstorms they can be difficult to observe from the ground. For decades pilots have reported witnessing such flashes above storms but it wasn't until the '90s that they were captured clearly on camera.

Sprites typically appear as several clusters of red tendrils reaching upwards from the region of a lighting flash, sometimes extending as high as 55 miles into the atmosphere. Lasting only 3-10 milliseconds, sprites can appear as bright as moderate auroral activity and have been found to emit radio noise. It has even been suggested that looking for sprite activity on other planets may help identify environments that are conducive to life.