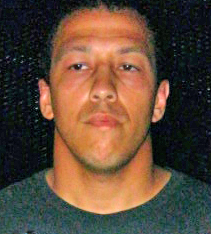 Six were charged with soliciting prostitution and using a vehicle to promote prostitution:

– Christopher M. Karhan, 34, of the first block of Clayton Drive in Hampton

– Pedro Lazaro-Hernandez, 29, of the 300 block of Forrest Drive in Newport News

– Kevin LePatrick Mays, 22, of the 400 block of Cox Landing in Newport News

– James Allen Miller, 48, of the 100 block of Brandywine Drive in Yorktown

– Michael Daveron Smith, 26, of the 400 block of Richter Lane in Yorktown

– Gopal Biswakarma, 28, of the first block of Regency Square in Newport News

Information regarding suspected prostitution activities or any other criminal activity may be reported to police by calling Crime Line at 1-888-LOCK-U-UP. Crime Line callers may remain totally anonymous, are never required to testify in court and could be eligible for a cash reward for information that leads to an arrest. Information may also be sent by text message to nocrime@nngov.com.