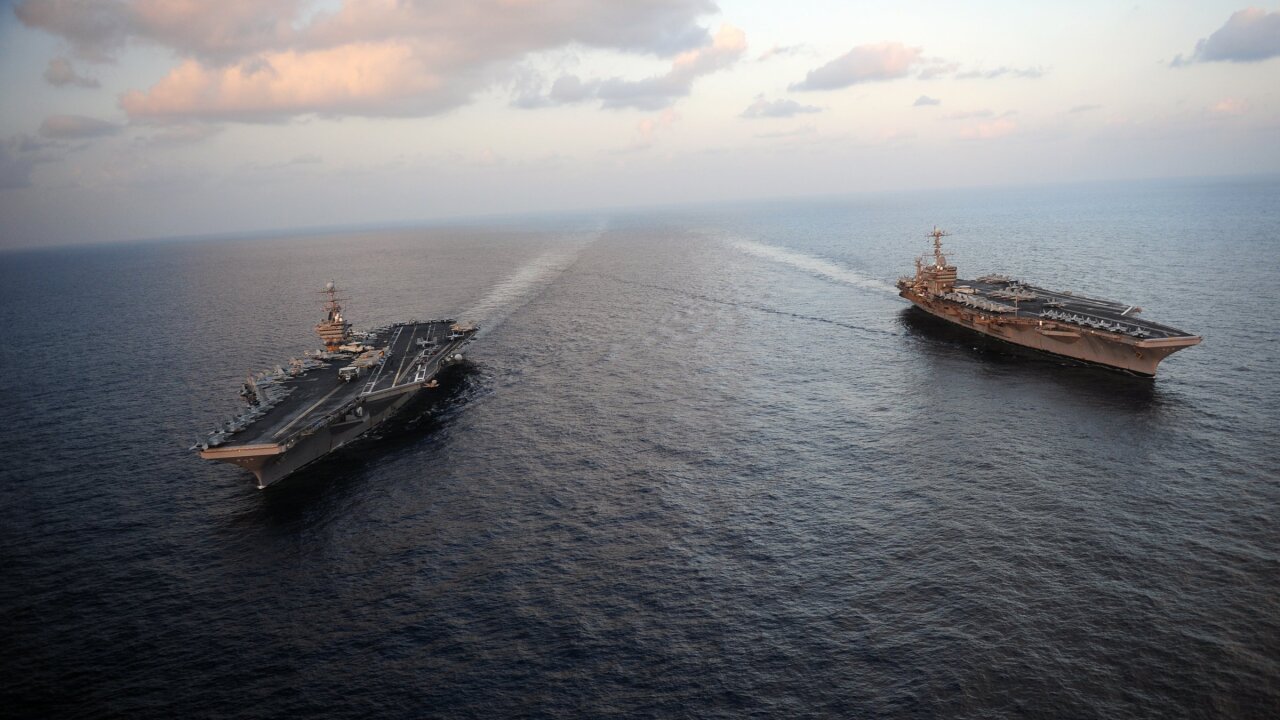 The USS Abraham Lincoln and USS John C. Stennis join for a turnover of responsibility in the Arabian Sea in January.

WASHINGTON (CNN) – A U.S. Navy aircraft carrier will head to the Persian Gulf four months earlier than scheduled as part of a Pentagon plan to maintain a beefed-up U.S. military presence in the region, according to Pentagon officials.

The USS John C. Stennis will set sail in September and remain overseas until February 2013. As CNN’s Security Clearance first reported last week, the Obama administration and military had been debating whether to keep a second carrier in the region beyond a 2010 mandate that was set to expire in September.

Defense Secretary Leon Panetta approved the deployment at the request of Gen. James Mattis, head of the U.S. Central Command, which oversees U.S. military operations in the Middle East, Pentagon spokesman George Little said Monday. The Stennis had been scheduled to deploy to the Pacific Command area.

The action essentially keeps two aircraft carriers in the region for the next several months. One option that had been before Panetta would have kept two carriers on station until the end of 2013, but he approved the more limited action with the option of reviewing an extension in the spring.

In addition to the Stennis, the USS Mobile Bay will join it, as well as the destroyer USS Paul Hamilton which will deploy straight to the Gulf instead of spending time in the Pacific region.

Pentagon press secretary George Little said the deployment was not a direct response to the crisis in Syria or rising tensions with Iran.

“This is about a wide range of security interests,” he said.