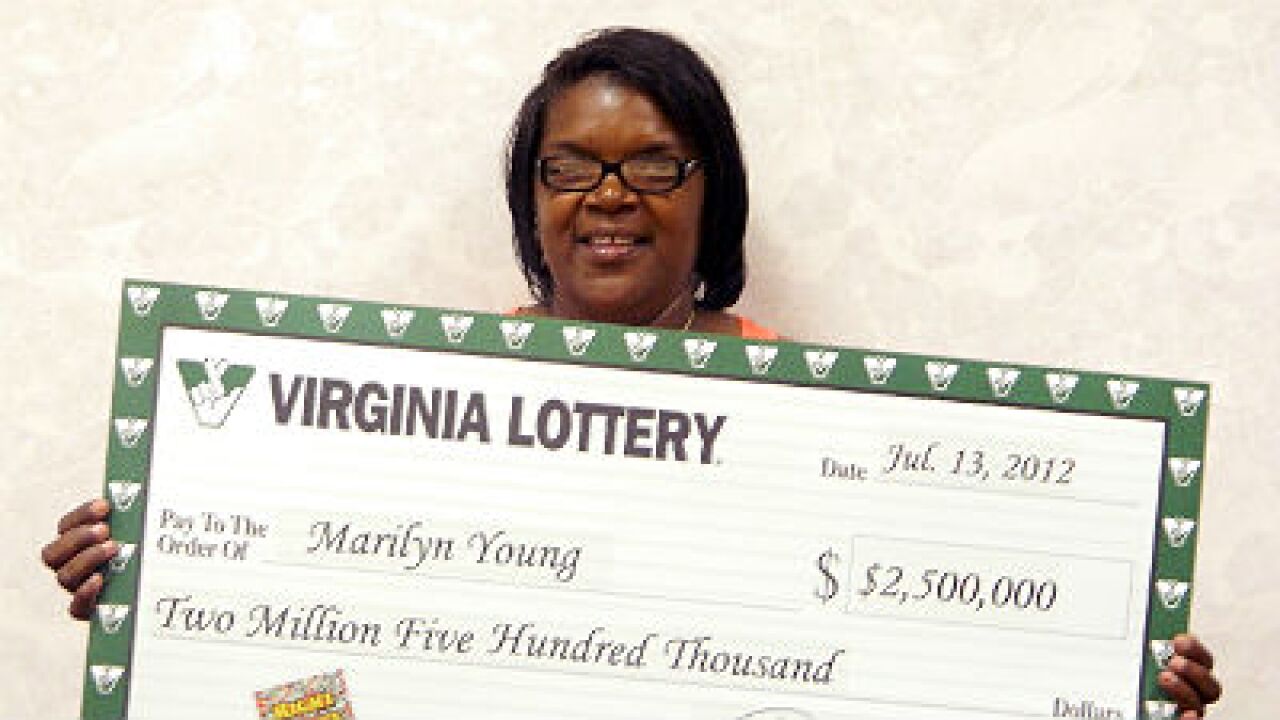 Portsmouth, Va. – Marilyn Young told the clerk at the 7-Eleven located at 5001 Portsmouth Boulevard in Portsmouth that she was going to scratch a $1,000 winner. She ended up scratching a Right on the Money ticket worth $2.5 million instead!

Friday, July 13, was a lucky day for Ms. Young when she claimed her prize at Lottery headquarters in Richmond. She told Lottery officials that she doesn’t feel any different after the big win, but when it first happened, she said, “I cried because it seemed so unreal.”

Her husband even dreamt she would scratch a $1 million winner on a $10 ticket, but the $2.5 million prize she won was even better than she or her husband could’ve dreamed. “Your dream came true!” she told him.

Ms. Young had a choice of taking the full $2.5 million over 25 years or a one-time cash option of $1,437,500 before taxes. She chose the cash option.  She is not the only winner. The store will receive a $10,000 bonus from the Lottery for selling the winning ticket.

With her winnings, Ms. Young plans to buy a house and a car for her mother. She also plans to continue playing the Right on the Money scratcher game.

Right on the Money is one of dozens of games offered by the Virginia Lottery. It features prizes ranging from $20 up to $2.5 million. Ms. Young is the third player to claim the top prize in Right on the Money, which means three top-prize tickets remain unclaimed.