Are you ready for a Blackwater comic book? 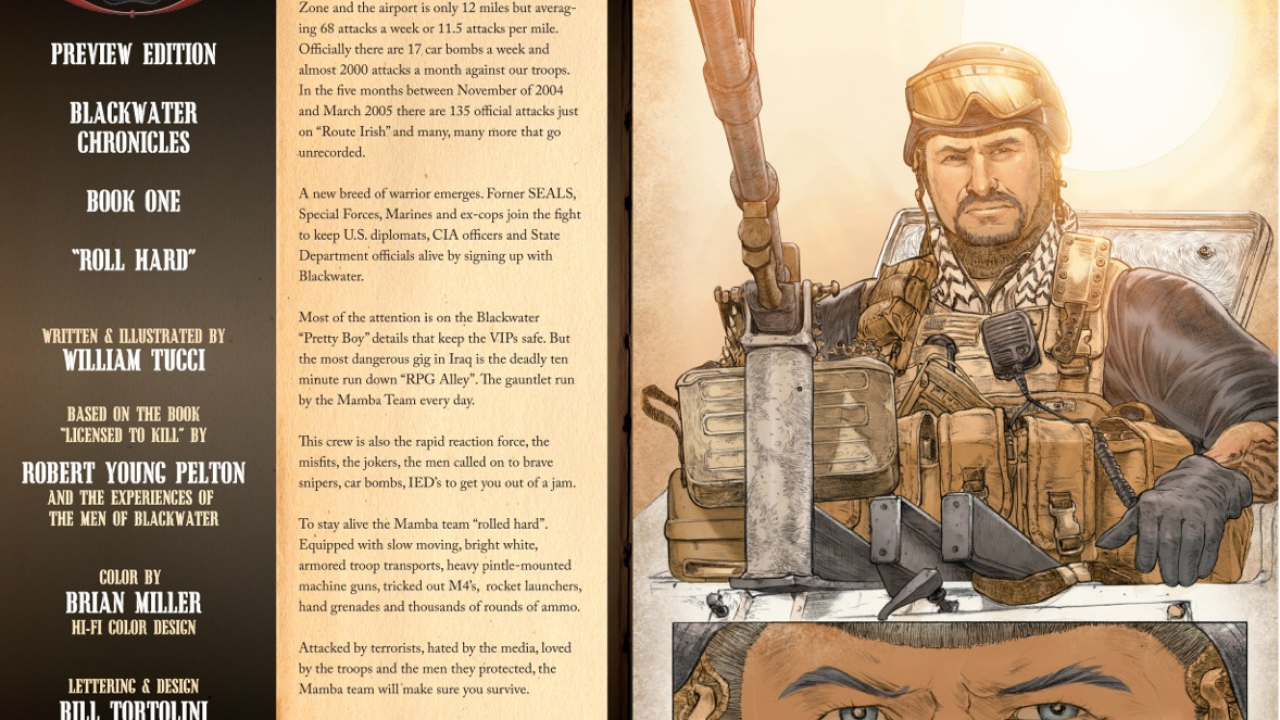 Wired’s Danger Room blog reports that a new graphic novel is coming out that tells the story of Blackwater’s security contractors in Iraq in 2004.

The comic is based on war correspondent Robert Young Pelton’s book Licensed to Kill and co-written by Pelton and Billy Tucci.

The Blackwater Chronicles is a gritty, unflinching portrait of hard men in a hard place at a moment in history that most Americans would probably prefer to forget…

But many Americans, soured on the seemingly endless reports of atrocities committed by U.S. troops and contractors, don’t want to hear about mercenaries’ humanity.

The Blackwater Chronicles is still months away from publication, and already Tucci is drawing flak: He’s been accused of creating pro-Blackwater propaganda.

For his part, Pelton welcomes the pushback. “Artists should challenge people’s perceptions,” he tells Wired by e-mail.