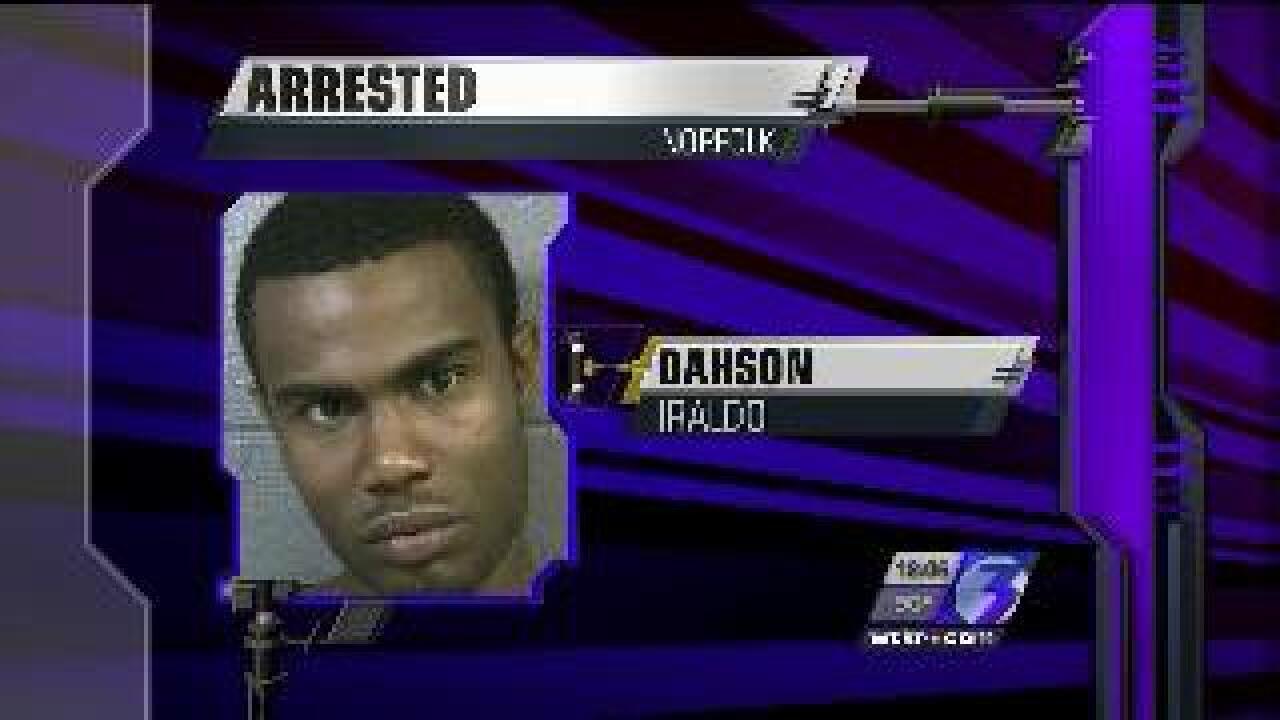 Norfolk police have arrested and charged a man in the 2010 murder of a barber shop owner.

Dahson Danta Iraldo of the 400 block of West 28th Street has been charged with murder, robbery, and use of a firearm in the commission of a felony.

The 29-year-old has been arrested in connection with the murder of Henry B. McIntosh.

Police say the homicide occurred on April 17, 2010 in the 1600 block of Church Street. McIntosh was shot inside his business, Square Deal Barber Shop. McIntosh, who was 86 years old, was transported to Sentara Norfolk General Hospital. He died the following day, on April 18, 2010.

Iraldo is in jail this afternoon.