The Department of Defense announced on Saturday the deaths of two sailors who died in a helicopter crash July 19 in Oman.

The crash was not due to hostile activity and the status of the five crew members is still being determined, the release said.

Another MH-53E helicopter assigned to the squadron is on the scene, providing search and rescue assistance and the incident is under investigation.

Helicopter Mine Countermeasures Squadron 15 relocated to Norfolk from Naval Air Station Corps Cristi Texas in September 2009 as part of the Base Realignment and Closure Commission. 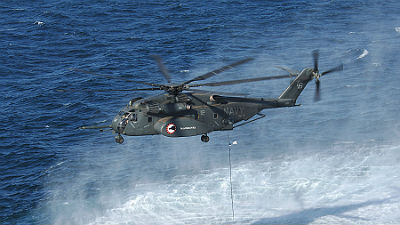