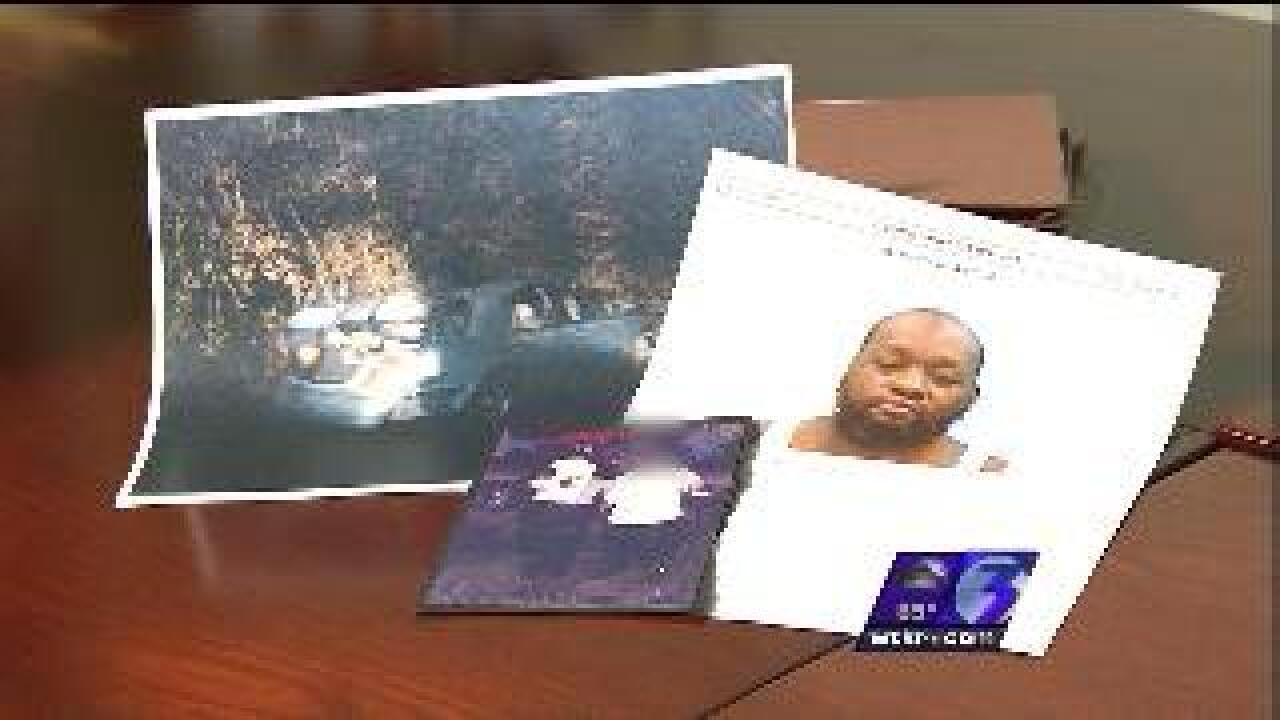 NewsChannel 3 is going inside a missing person investigation that has baffled Suffolk police for a year and a half.

What happened to Solomon Blow?

December 14, 2010, the 36-year-old man vanished. Police say he wrecked a car on a lonely country road. When officers arrived on the scene, Solomon was gone.

"There is no indication of any struggle, any blood. There was no way to indicate Mr. blow was injured in any way," says Balzer.

So investigators started piecing together the last few hours before the crash.

They found Solomon had been playing poker with friends at a house off of Gates Road.

"As they broke away, one of them broke away to continue traveling to North Carolina. The other one followed him and he actually called Mr. Blow and told him 'hey bud, you need to get off the phone and pay attention to the road,'" says Balzer.

They think he wrecked his car just minutes after that.

Almost two hours later, police got the call about the wreck.

All they found in his car was his cell phone.

"When you talk to his family, his girlfriend, everybody, they all say the same thing: He would have never ever gone anywhere without that cell phone, never," says Balzer.

Investigators say the last two calls Solomon made were to the Happy Horse Bar on Holland Road.

“Which didn't make sense because it's not a place he frequented.  When we went up there and spoke to the people, they didn't know him,” says Balzer.

In fact, investigators have called the nearly 1,000 contacts in his phone looking for clues. Nothing.

Investigators launched a search-and-rescue operation on Longstreet Lane, and they brought in a highly skilled bloodhound for the search.

Twice the bloodhound followed Solomon's scent to a house. But it's not the house that's there now. This is where things take a strange turn.

The house that was there at the time had just been involved in a major fire the week before, and that's where the trail went cold.

Police have received several Crime Line tips hinting that someone may have been out to get Solomon.

Another tip said he was running from these so-called business partners.

“Very seldom do you find someone who is walking away from their life unless they have a lot of monetary resources and they're hiding for a good reason,” says Balzer.

Detective Balzer thinks the key to solving this case could be getting more information about the people he may have been in business with in Franklin. After a year and a half, you can take action to unlock this mystery.

Police say Solomon Blow has ties to North Carolina and has family there.

If you have any information about him or what happened that December night, call the Crime Line at 1-888-LOCK-U-UP.