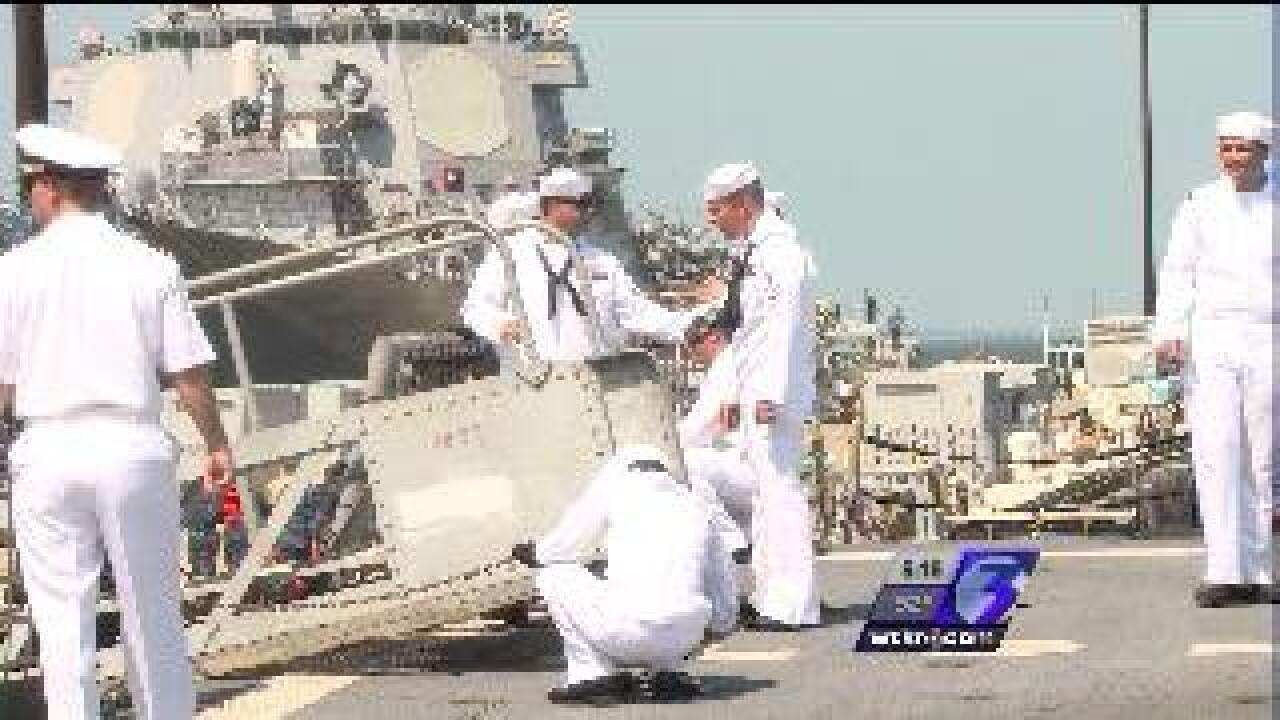 The Nicholas came home today to everything you'd expect to see in a Navy town—sailors in dress whites and families on the pier squealing with anticipation. But the story of this frigate's recent mission can't be told here. NewsChannel 3’s Mike Mather had a first-hand look at the spoils of the crew's work in Mayport, where USS Nicholas sailors helped unload a massive cache of drugs. The cocaine and marijuana, the crew said, was bound for America. The cash, they believe, was likely bound for organized criminals and even terrorists.

Family members travel with sailors on the USS Nicholas

Not long before we boarded the Nicholas, a television crew from Spanish-language broadcaster Univision was aboard. And the ship's captain, Stephen Fuller, said almost right away they got word of a nearby drug boat.

The images from Univision show how the crew of the Nicholas, teamed with Coast Guard law-enforcement, also on the frigate, tightened the noose. The Nicholas' helicopter used infrared cameras to track the drug-smugglers' speedboats. And then, a Coast-Guard sharpshooter in the Navy helicopter, blasted the boat's engine, leaving it dead in the water.

One of the Guardsmen, who keeps his name a secret, told us how much this mission means.

“I will tell you there is nothing like the feeling of watching contraband get hoisted onto the ship after 24 hours of either searching for it on board a vessel, or chasing a vessel for 12 hours through the night,” he says.

Last night, several crew members were recognized for their work, for training the Nicholas gunners and keeping the machine guns ready, to organizing the drug-smugglers confinement on the ship. But today few crew members had any of that on their minds. Instead of guns they carried roses. And all they wanted to talk about was getting home.