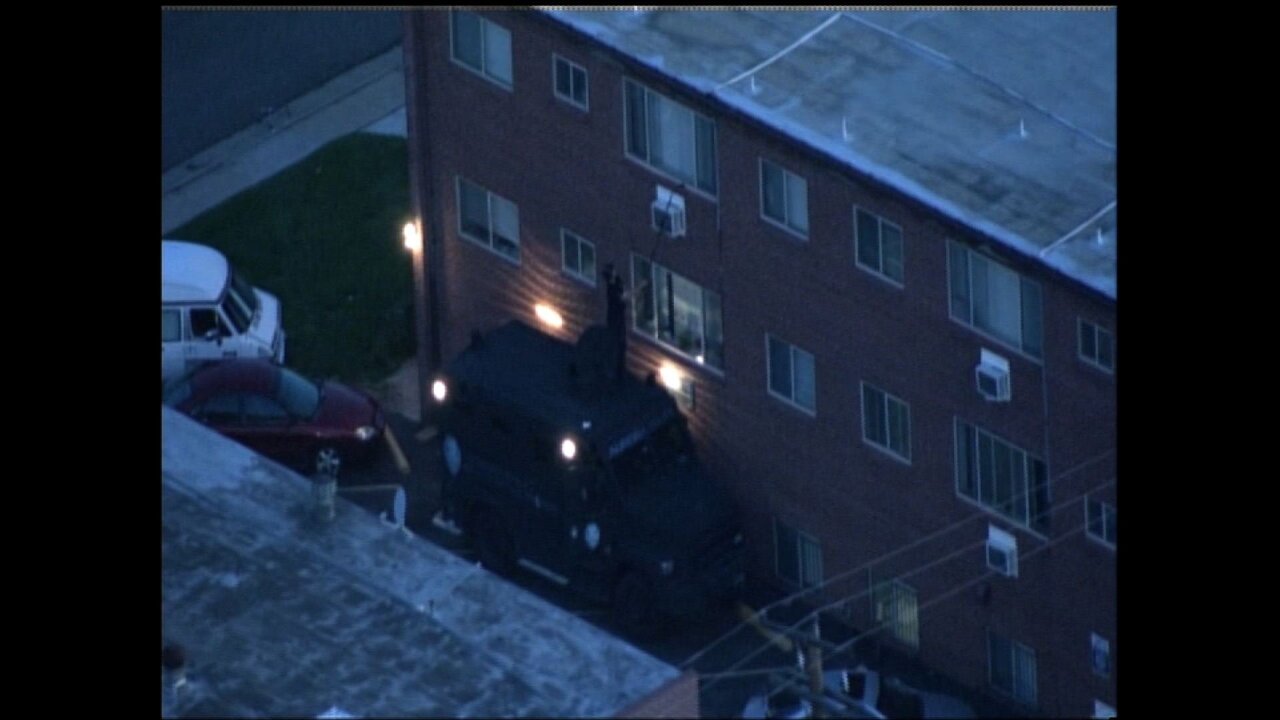 By: Doris Taylor
Posted at 2:43 AM, Jul 21, 2012
(CNN) — The Colorado shooting suspect booby-trapped his apartment, posing a problem for authorities who plan to try and gain entry into the unit Saturday, the police chief said.

James Holmes is suspected in a mass shooting Friday night during a screening of “The Dark Knight Rises” in a crowded movie theater in Aurora.

Authorities postponed to Saturday any attempts to enter the apartment.

“It is a very vexing problem how to enter that apartment safely. I personally have never seen anything like what the pictures show us is in there,” Police Chief Dan Oates said Friday night.

Police evacuated five buildings Friday, including the suspect’s block, after he told them shortly after he was arrested in the theater parking lot that he rigged his one-bedroom apartment with explosives.

“I see an awful lot of wire, trip wires, jars full of ammunition, jars full of liquid and … things that look like mortar rounds,” Oates said.

Oates said the police department was bringing in “extra resources to consult on exactly how to deal with the problem” with the help of the federal government.

Police arrived at Holmes’ apartment to find “techno-music” blaring from the one-bedroom, according to a law enforcement source, who spoke on condition of anonymity.

The music was on a timer and apparently started once he left for the movie theater, said the source, who was not authorized to release details of the investigation to the media.

Robots were sent into the apartment Friday and investigators, including members of a bomb disposal unit, are going over the video and other information collected from inside, the source said.

Oates said it could take days to work through the apartment safely.

While authorities did not release an exact number of residents evacuated from the building, the number is estimated to be in the hundreds.

Authorities let families in four of the five evacuated buildings Friday night so that they can retrieve personal items such as medication, identification cards and clothing.

A shelter was set up at Aurora Central High School for those forced from their apartments.

The incident shocked the suspect’s neighbors such as Jackie Mitchell, who said he had a beer with him this week.

“Knowing that this guy is down the street at the bar with me drinking beer and he lives right here and I’m on the next block with explosives, that’s insane,” Mitchell said.