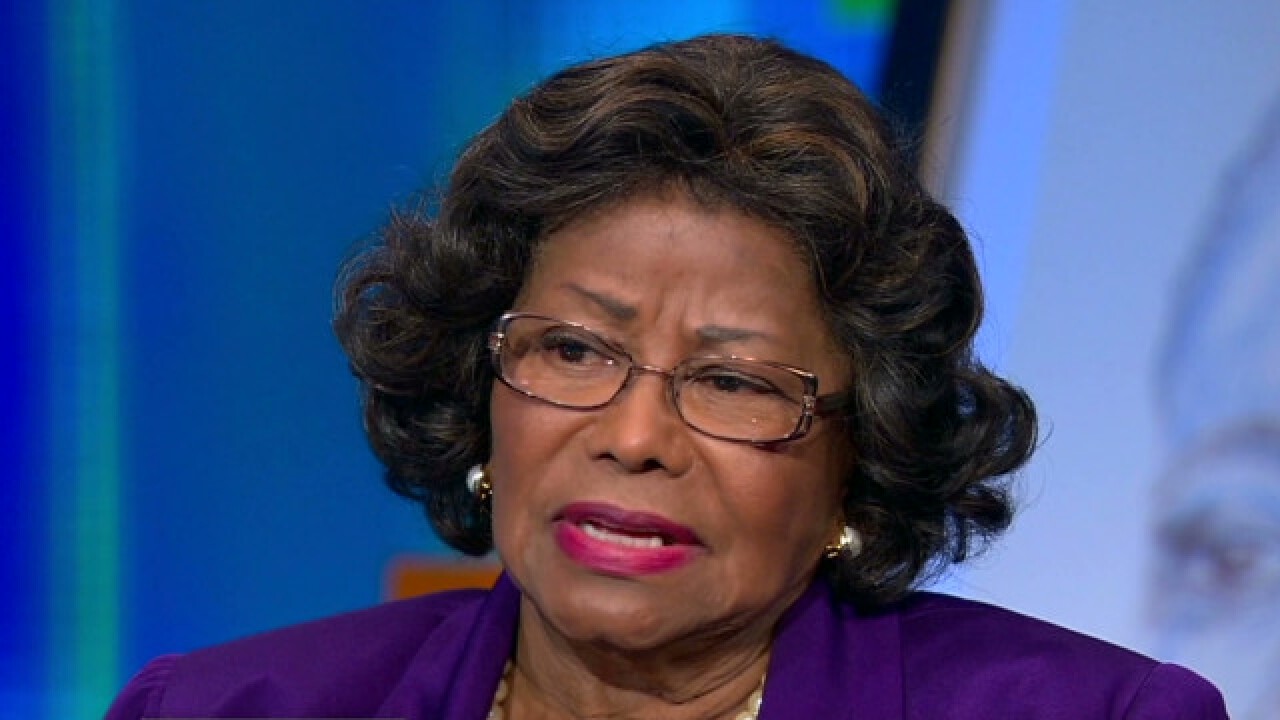 Paris Jackson waited at home Sunday, hoping for a phone call from her grandmother, the woman who has cared for her since her father, Michael Jackson, died three years ago.

“yes, my grandmother is missing,” Paris Jackson, 14, tweeted Sunday morning. “i haven’t spoken with her in a week i want her home now.”

A nephew reported Jackson family matriarch Katherine Jackson, 82, missing late Saturday after her grandchildren were unable to get in touch with her for a week.

It is the latest chapter in a messy dispute between several of Jackson’s children and her advisers over her finances and legal affairs.

Jackson’s nephew, Trent, filed the report with the Los Angeles County Sheriff’s Office. But one of her sons involved in the dispute said in a series of Twitter postings Friday that Katherine Jackson was fine and resting in Arizona.

“I want to reassure everyone (inc all sudden medical experts) that Mother is fine but is resting up in AZ on the orders of a doctor, not us,” Jermaine Jackson tweeted.

“This is our mother and her health is paramount. We are not inventing or plotting anything. We are following doctor’s advice. Period,” he added.

Paris Jackson’s responded to her uncle’s claim with her own tweet early Sunday. “the same doctor that testified on behalf of dr murray saying my father was a drug addict (a lie) is caring for my grandmother… just saying” she tweeted.

The doctor who examined Jackson at her home on July 14 was Dr. Allan Metzger, according to Katherine Jackson attorney Sandra Ribera. Metzger was a defense expert witness for Dr. Conrad Murray last year. Murray was subsequently convicted of involuntary manslaughter in Michael Jackson’s death.

Dr. Metzger was brought into Jackson’s Calabasas, California, home “under false pretenses” by saying he was sent by her primary care physician, Ribera said. “We came to find out that her doctor has no association with Dr. Metzger.”

The doctor advised Jackson that it was better for her to take a plane on a trip planned for the next day, rather than ride in a RV driven by Trent Jackson, Ribera said.

Jackson left with her oldest daughter, Rebbie, the next day to fly to Albuquerque, New Mexico, to attend a Jackson brothers concert two days later, she said. But she never arrived at the concert, Ribera said.

When Paris Jackson called her aunts Rebbie and Janet over the past several days to find her grandmother, she was told each time she could not speak to her, Ribera said.

In another tweet, Paris Jackson gave out her bodyguard’s phone number and asked people to call the authorities if they saw her grandmother.

“The kids were trying to get a hold of their grandmother and they haven’t been able to reach her for almost a week,” Ribera said. “They are told she’s unavailable.”

Jackson “has never gone 24 hours without talking to her kids,” she said. “I’m concerned that she would never do this. We have no idea what’s going on with her. No one has talked to her.”

CNN reached out to Janet Jackson’s representatives several times but did not hear back.

The sheriff’s homicide-missing persons unit has been asked to investigate, Ribera said.

A letter was made public Wednesday in which two daughters, Rebbie and Janet, and three sons — Jermaine, Randy and Tito — charge that Katherine Jackson was being mistreated by the executors of Michael Jackson’s estate and mis-advised by her manager and lawyer.