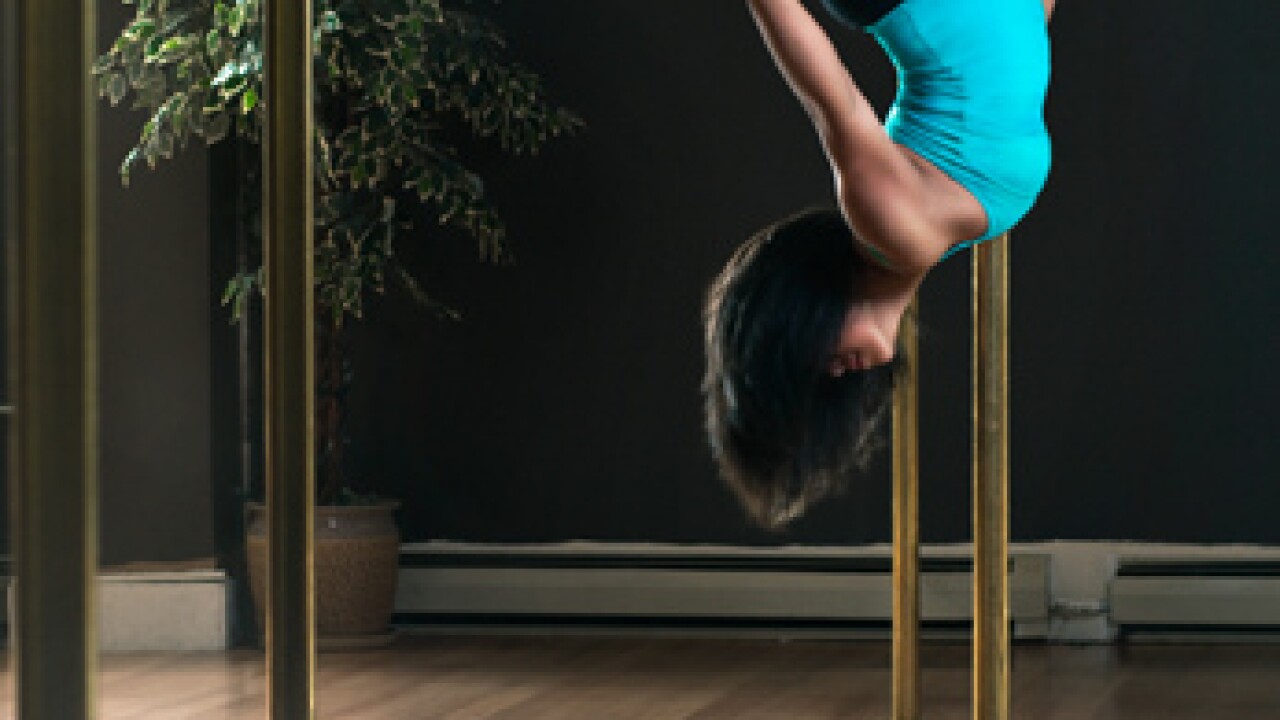 METAIRIE, LA (Vanessa Bolano / WGNO) — When the Olympic games start on Friday, you can see all kinds of athletes in all kinds of sports, but pole dancing? Believe it or not, the International Pole Sports Federation wants to be recognized by the Olympic Committee.

For the past eight years, Andrea Duhe has been transforming her body with the help of a pole.

“You’re practicing and all of a sudden you find yourself stronger and you can do more, and then you look at the scale and you’re lighter and you see you have muscle tone.”

She’s one of several who uncovered her strength at Body In Motion in Metairie. In the three years the studio has been around, interest in pole fitness has more than doubled.

“You’re lifting your own body weight, you know; you’re controlling all of your own muscles and your body to do those moves and the transitions smoothly and safely,” says instructor Samantha Huffman.

This year, the International Pole Sports Federation hosted a World Championship in London just days before the Olympics. They’re doing it to get on the Olympic Committee’s radar. They have even drawn up an official rule book for pole dancing.

The argument is it takes fitness, strength, athleticism and grace.

“Most of the time, we’re actually holding on with our skin. We’re gripping with our thighs, ankle, side,” says Huffman, “It’s a type of gymnastics, but it’s a vertical apparatus that you have to get up and down.”

“There’s a level of dedication and training you have to put into it to get anywhere,” says Duhe.

While the sport won’t be in the Olympics this year, several ladies deem it worthy. As to whether it’ll be included in the 2016 games, we will have to wait and see.