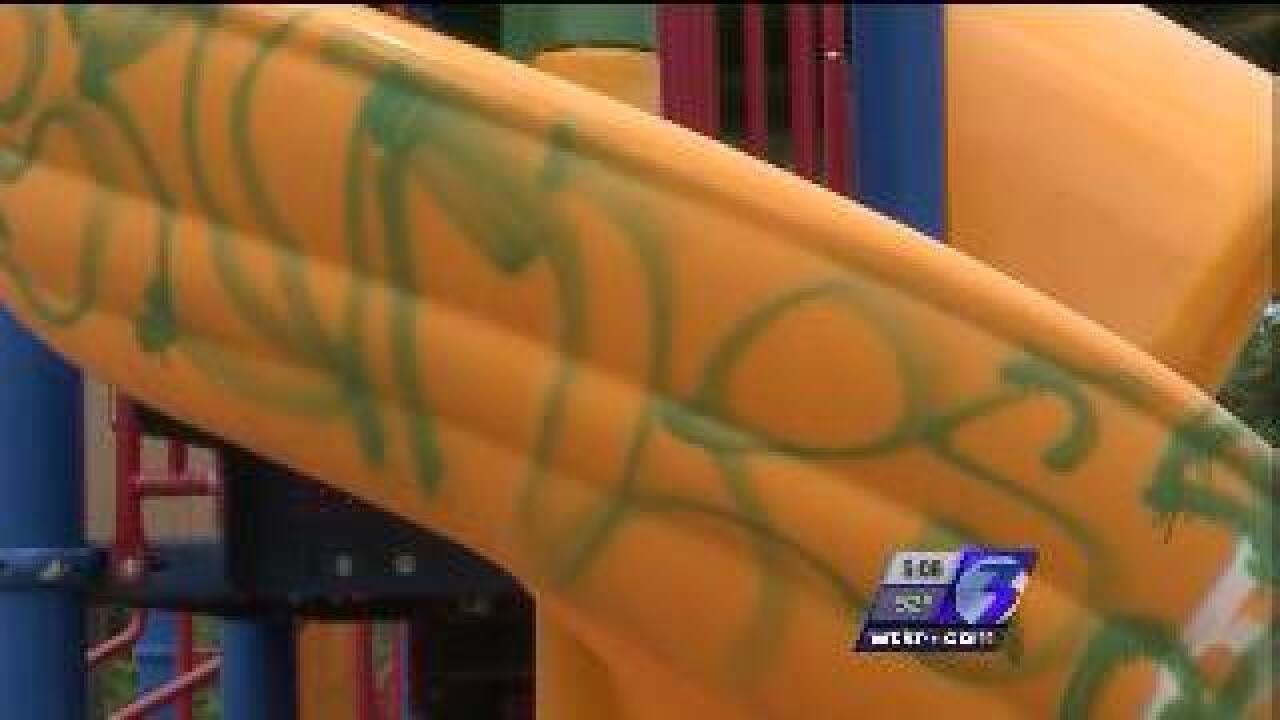 It happened at the park inside the Hillcrest Farms neighborhood, which is off Indian River Road.

Graffiti is spray painted down the slides, on signs and even on the sidewalk.

“That’s the last thing that you want your children to see,” see Dari O'Brien, who lives near the park.

Residents say it's never just been another city park to them; it's a community gathering spot.

“Even though it’s the city’s responsibility, we still take pride in our neighborhood, so it’s a shame to see vandalism taking place,” said O’Brien.

The residents NewsChannel 3 spoke with say they plan to get the park cleaned up as soon as possible, but the city may actually beat them to it. They say they’ve already notified someone to remove the graffiti.

It’s a problem they’re all too familiar with. The city says that with about 180 neighborhood parks in the city, they get reports of vandalism almost daily. Whenever the graffiti includes profanity or appears to be gang-related, they say they have it cleaned up immediately, and no matter what the vandalism is, they try to have it taken care of within a few days of it being reported.