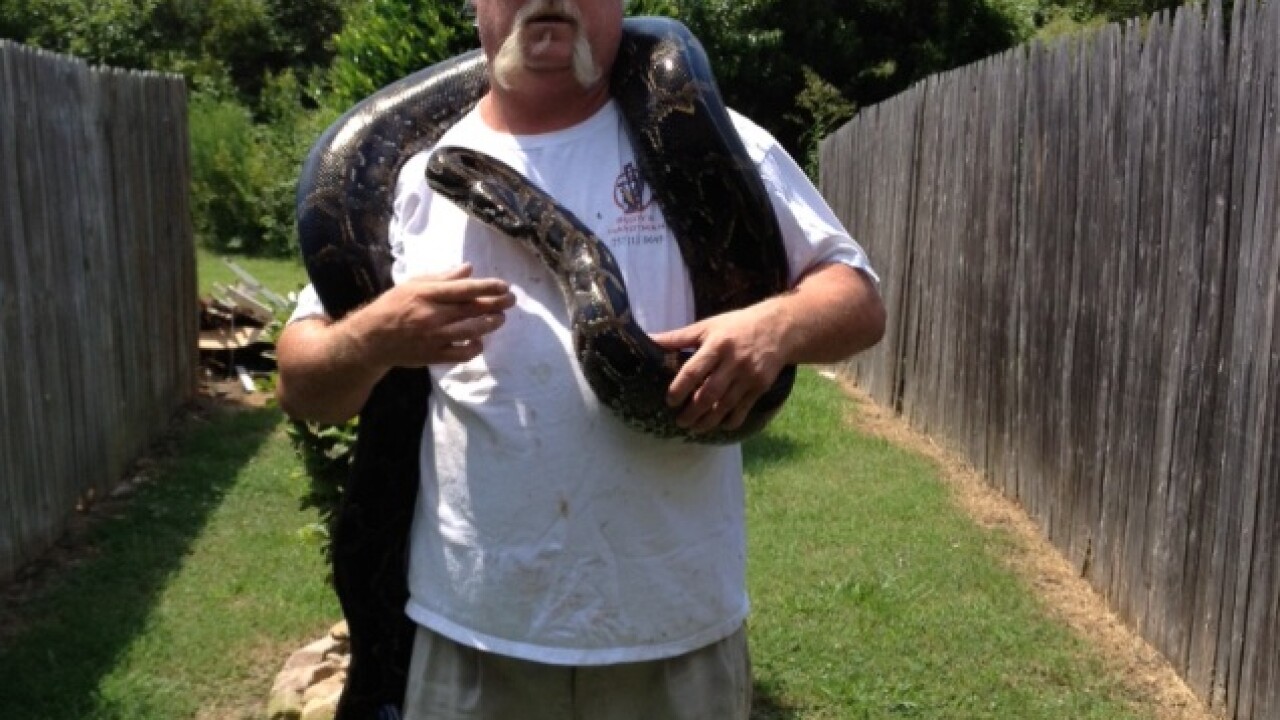 Pepper the python has been found alive in York County.

The snake was coiled up in the side yard of the property where it originally disappeared.

Animal Control officers secured the snake, which was described as being in good condition.

The snake was returned to its owner, Scott Butz.

Lt. Dennis Ivey with the York-Poquoson Sheriff's Office says his office started investigating the possibility that Pepper had been stolen on Thursday.

He says the timing of Pepper's return seems odd.

"I`m not saying it`s impossible, but not probable that the snake would just pop back up," Ivey said.

Have you seen this python in York County?

Owner Scott Butz says his two snakes were being cared for by the man renting his trailer as part of his rent.

Michelle Martin, who lives in the Grafton section, says she is relieved that the snake has been found.

"The kids can come out and play now, the dogs - I don`t have to worry about it, I mean it`s awesome," Martin said.

She says there is a sense of relief in the neighborhood now that Pepper is securely back where she belongs.

"When the snake came up missing, it was like vacant everywhere, it was like a haunted town. No one was out," Martin said. "Last night we took the dog for a walk and there were several people walking their dogs, their kids were out riding their bikes and that`s something we didn`t see for the past 2 or 3 weeks."

"Did the snake return on its own or was that just a coincidence, the timing? We don`t know if it even is a case because we were just starting to investigate.Was it stolen? Was it missing?" Ivey commented.

He says the most important thing is that folks living in Grafton finally have some peace of mind.

"The main thing is people aren`t afraid that there is a 10-foot snake sliding around their neighborhood," Lt. Ivey said.

Anyone with information about Pepper's disappearance is asked to call the Crime Line at 1-888-LOCK-U-UP.