Fallen Navy SEAL left final mission for family in his will 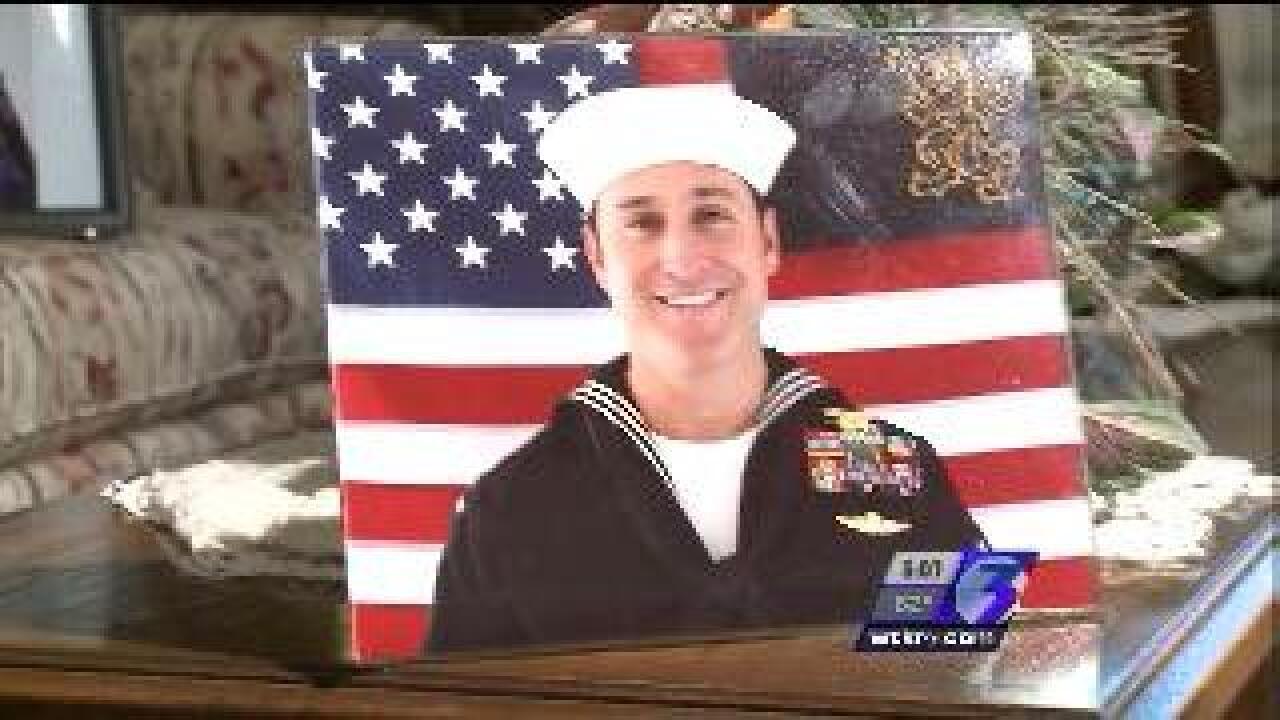 The son of a Marine, full of heart, spirit and determination - it was a natural fit for Chris Campbell to join the military and become a Navy SEAL.

“He was willing to go out of his way to help others,” said his father, Larry Campbell.

A photo of Chris was taken in April of 2011 during training for his upcoming deployment to Afghanistan with Virginia Beach-based SEAL Team Six.

Little did his dad Larry know it would be Chris’ last.

The 6th of August, 2011, the nation reeled after a Chinook helicopter was shot down by insurgents, carrying Chris and 29 other Americans on board. The majority of them were Navy SEALs.

“When you have a child that is lost in combat, you never forget their sacrifice,” said Campbell. “All the time, I think about Chris.”

In those dark days, it was hard to comprehend ever getting over the pain, but it was what Chris' family discovered after his funeral that came to change all of their lives forever.

One final mission was left behind in Chris's will for his family to carry forward.

“In his will, it said if anything happened to him in combat, that we wouldn't focus on his loss. He wanted to focus on wounded warriors,” said Campbell.

Chris had seen many of his fellow SEALs come back from war with lost limbs and traumatic brain injuries, and he wanted his legacy after death to help benefit the Wounded Warrior Project.

“Chris just wanted 100,000 people to donate a dollar, and we are just trying to help fulfill his wish,” said Campbell.

Fundraisers, auctions, memorial bike rides - all organized by the family to get to that magic number.

Larry even made cards with Chris' picture and the family's request for donations.

“I carry them everywhere I go,” said Campbell. “It lets the nation know these guys sacrificed it all, and not for nothing.”

Still, those 800 people combined have given well over $70,000 to the Wounded Warrior Project.

“The money is great, but to see people in this country stepping forward, thanking our son's sacrifice, it just shows how loving our country is,” said Campbell.

More needs to be done, though, and the Campbell family is asking NewsChannel 3 viewers to take action as well, to give back in memory of Chris.

“Anytime I see guys who lost arms and legs, I think about Chris,” said Campbell. “We as a nation need to step up and help these guys the best we can.”

Many of us here at NewsChannel 3 have already done our part and donated, and we are asking our viewers to do the same. All it takes is just one dollar.

MAKE SURE TO TYPE “CHRIS CAMPBELL” IN HONOREE SECTION.

MAKE SURE YOU WRITE “IN HONOR OF CHRIS CAMPELL” ON THE FORM AND ON THE CHECK.

Chris has also been nominated for the Wounded Warrior Project's "Carry Forward" Award because of this Final Mission. The public can vote for him until July 31st.

Click on this link to vote for Chris to win the “Carry Forward” Award!