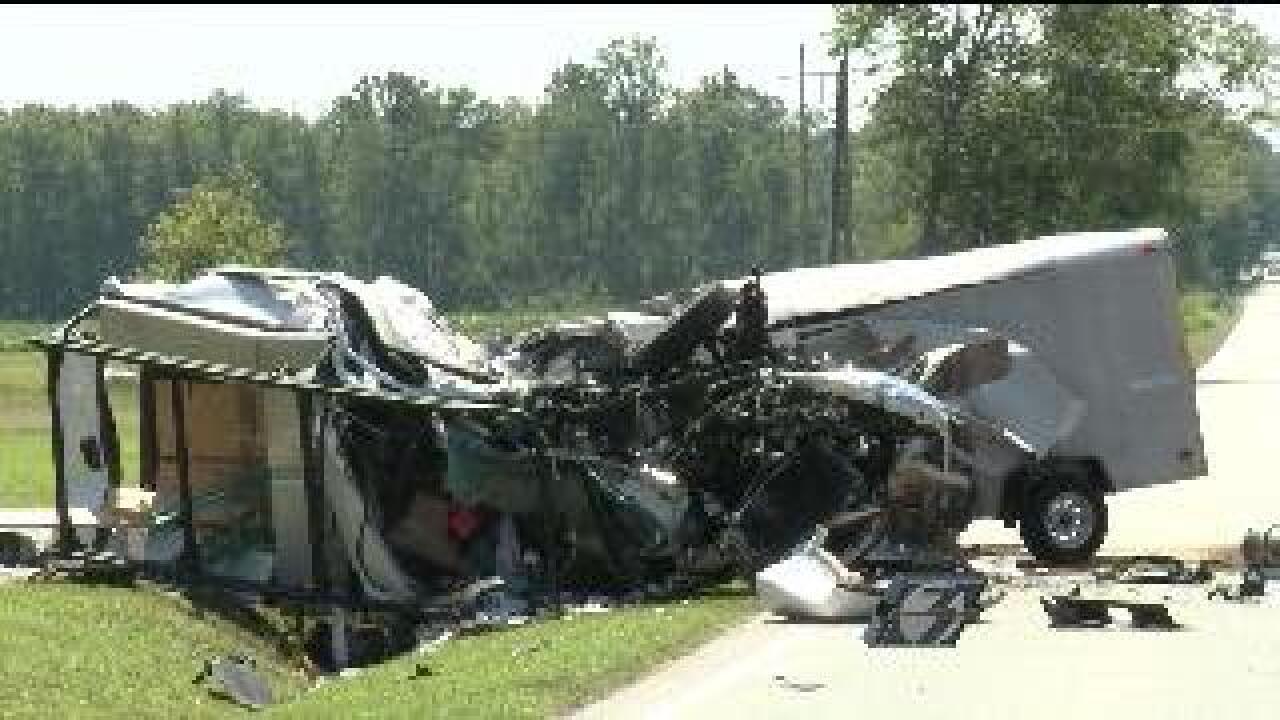 Police say the driver of the tractor trailer tried to stop when he noticed the pick-up truck was stopped in the road.

So far, police have not charged anyone.

The victim was identified as Christopher Michael Fitzwater, 28, of the 4000 block of Adams Swamp Road in Suffolk.

His passenger, Alexander Edick, 23, of the 100 block of Sunset Manor in Suffolk, was transported via Nightingale to Sentara Norfolk General Hospital and is currently listed in critical condition.

The accident was reported at 7:59 a.m. Police say the accident involved a tractor trailer, pick-up truck, and a passenger vehicle.

The driver of the tractor trailer has been identified as Willie Lee Riddick, age 50, of Sunbury, NC.

He and James Barry Armstrong, age 40, the driver of the third vehicle involved, which was a Chevy S10 Pick-up, were both treated at Sentara Obici Hospital with non-life threatening injuries.