Man says wife tried to kill him during hit and run 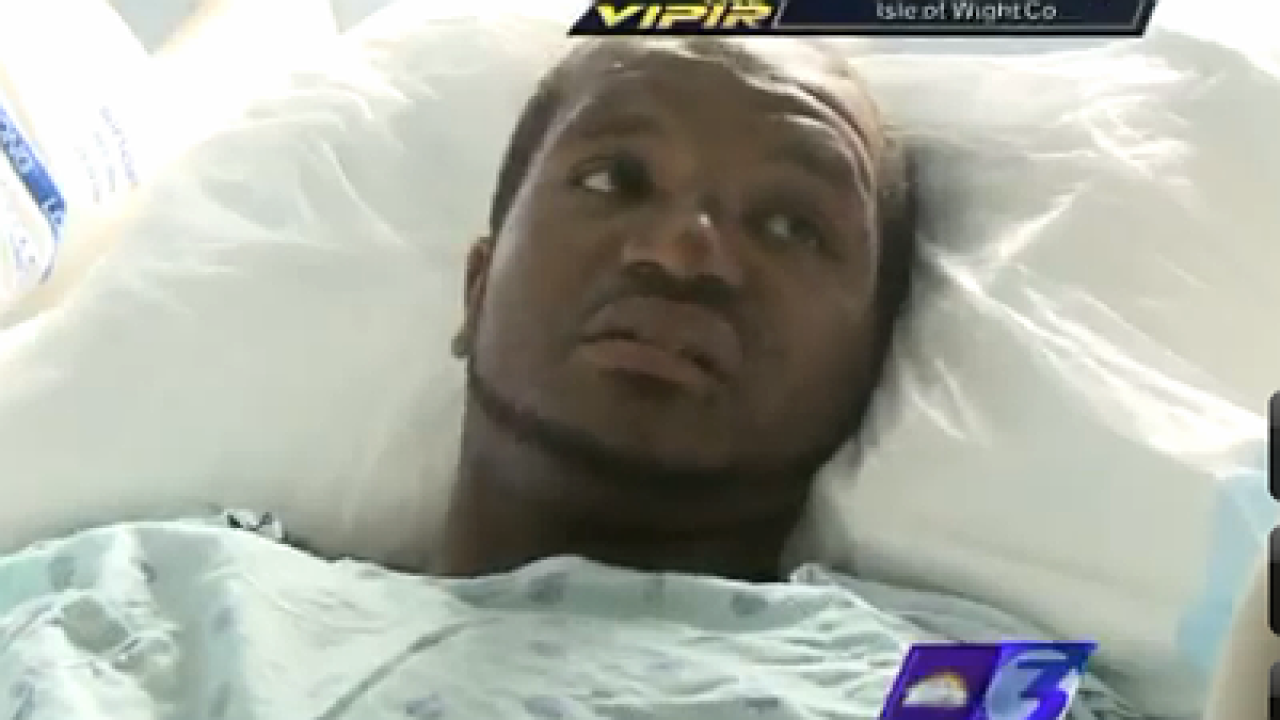 As Derrick Graham lies in his hospital bed at Riverside Regional Medical Center in Newport News, he says he can still see the look in his wife Lavetta's eyes as she drove on Interstate 664 while he clung to the hood of his SUV.

"It was just a blank stare like I'm going to kill this guy," Derrick Graham exclusively told NewsChannel 3 Investigator Jessica Larche.  "Our eyes were locked and I told her slow down, slow down. She had no remorse. None."

Derrick says Wednesday afternoon he testified against his estranged wife at Newport News Juvenile Domestic Court during a preliminary hearing.  In May of this year, she admitted to stabbing Derrick with scissors.

Derrick says when they left court to go their separate ways, Lavetta got behind the wheel of his car. She still had a key.

"She automatically got in the car and revved it up," said Derrick, who said he then stood in front of the SUV hoping to stop Lavetta.

"So before I could even turn around, I heard the car revving," he said.  "It was either jump on the truck or get hit."

Derrick says he jumped on the truck, clung to the hood, and prayed Lavetta would stop.

"The whole thing was just trying to hold on because she was swerving left and right," he said. "I kept trying to tell her to slow down.  She was speeding up and by the time we got up to the 664 ramp, that's all I remember. I was on top, and I woke up in here."

Other than some cuts and bruises, Derrick is expected to make a full recovery.
As for his marriage, he says he'll be filing for divorce when he's released from the hospital.

"I felt shocked due to her and I being married for such a long time and for it to result to something like that," he said of their 12-year marriage.

Virginia State Police are still looking for Lavetta. Derrick says while he hopes she does hard time for the hit and run, he's made peace with the incident.