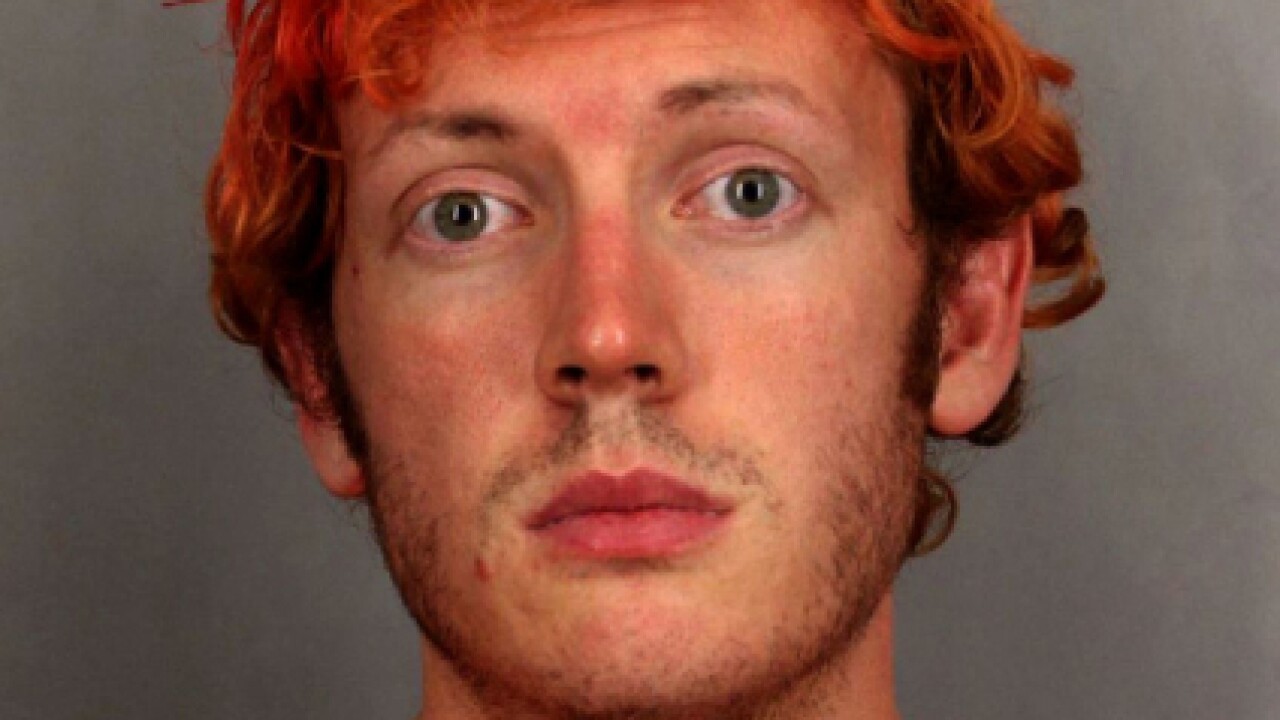 AURORA, Colorado (CNN) – The man accused of opening fire inside an Aurora, Colorado, movie theater is expected to return to court Monday where he will face formal charges.

James Holmes is suspected of killing 12 people and wounding 58 during a screening of the new Batman film on July 20. He is also being held in connection with the subsequent discovery of his booby-trapped apartment, which authorities think he rigged before leaving for the Century Aurora 16 multiplex.

Holmes made an initial appearance in court last week, giving the public its first look at the 24-year-old former doctoral candidate since his arrest moments after the shooting.

His hair dyed various shades of orange, Holmes appeared dazed. He looked down, then straight ahead and gave little indication he was paying attention to the proceedings. He did not speak.

Holmes is being held without bond at the Arapahoe County Jail, where he is in isolation. He is being represented by a public defender.

On the day of his initial appearance, Arapahoe County District Attorney Carol Chambers said prosecutors had an enormous amount of evidence to shift through.

“The charges on which the court found cause included first-degree murder,” she told reporters outside the courthouse. “I would say there’s no such thing as a slam-dunk case.”

Deciding whether to pursue the death penalty is a long process that involves input from victims and their relatives, said Chambers, adding that a capital case would require a finding of either extreme indifference or deliberation.

Authorities have so far remained silent about a possible motive in the case.

Meanwhile, a court document filed Friday showed that Holmes was a patient of a University of Colorado psychiatrist before the attack.

The disclosure was in a request by Holmes for authorities to immediately hand over a package he sent to Dr. Lynne Fenton at the university’s Anschutz Medical Campus.

According to Holmes’ request, the package seized by authorities under a July 23 search warrant was a protected communication.

“The materials contained in that package include communications from Mr. Holmes to Dr. Fenton that Mr. Holmes asserts are privileged,” said the document filed by public defenders representing Holmes. “Mr. Holmes was a psychiatric patient of Dr. Fenton, and his communications with her are protected.”

In response, prosecutors asked for Arapahoe County District Judge William Sylvester to deny the request by Holmes, saying it contained inaccuracies including claims of media leaks by government officials that in reality may have been fabricated by news organizations.

Sylvester granted a hearing on the request, which is also scheduled for Monday.