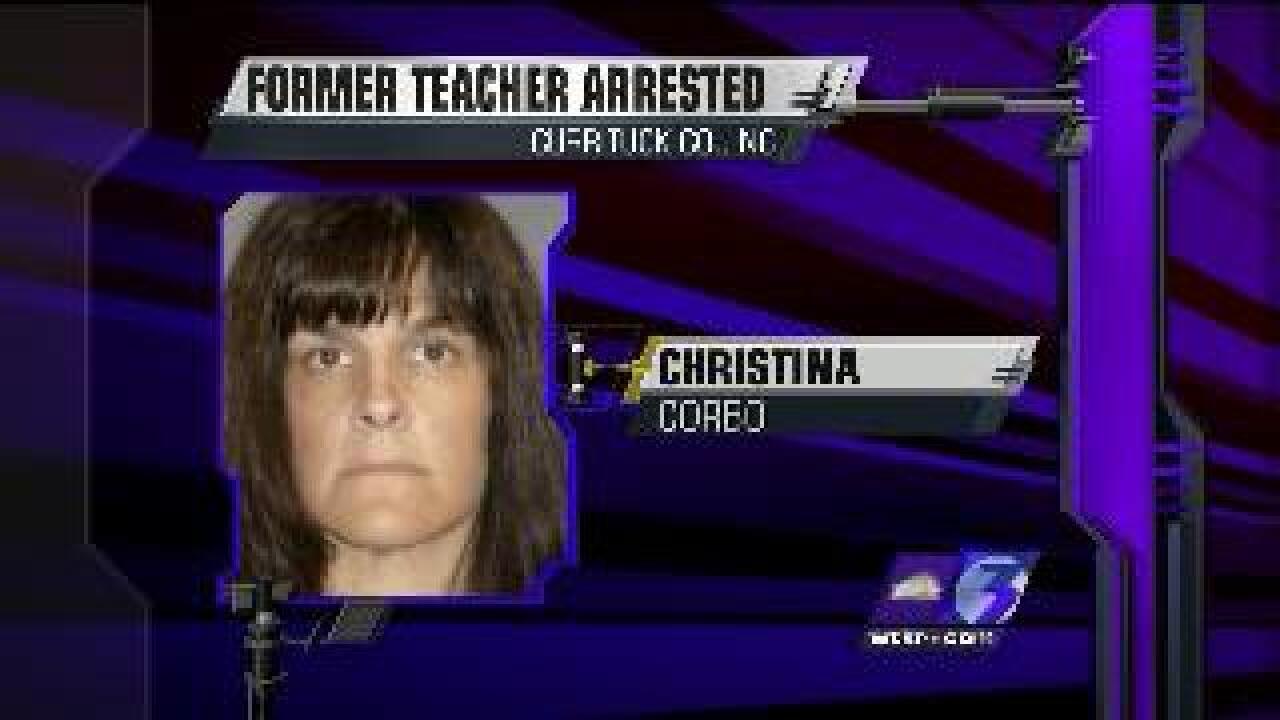 44-year-old Christina Corbo has been indicted on five counts of sexual activity by a custodian.

A Grand Jury indicted Corbo on the five counts on July 23.

She was released on a $10,000 secured bond after her arrest Friday.

"Currituck County Schools takes all allegations and reports of this nature seriously. We cannot, however, comment on any personnel matter except to say that we accepted the resignation of Christina Corbo on June 13, 2012."