It's a homecoming for Hampton Roads  as the USS Arleigh Burke returned from deployment.

Families waved goodbye to their sailors on a cold morning six months ago. 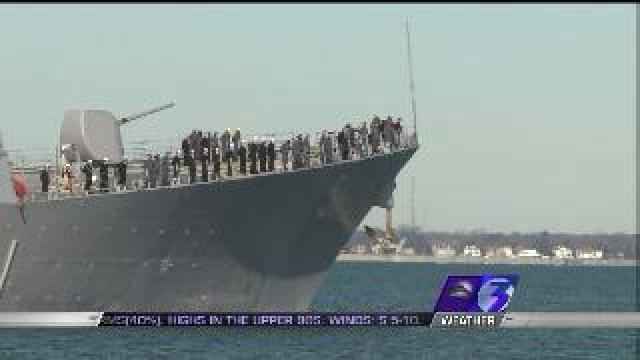 Today is the day they've been waiting for - where the 300 men and women finally come home.

Aboard the USS Arleigh Burke, our sailors provided air defense support in the Mediterranean Sea.

There, they worked closely with the USS The Sullivans, the USS Cole, and the guided missile cruiser USS Vella Gulf.

And whenever they're in waters off the coast of Africa, the sailors were on the lookout for pirates.

While on deployment, 52 sailors recieved their Surface Warfare Specialist pins, five sailors were promoted to Senior Chief Petty Officer, and 22 sailors reenlisted - giving their families back here at home one more thing to be proud of.