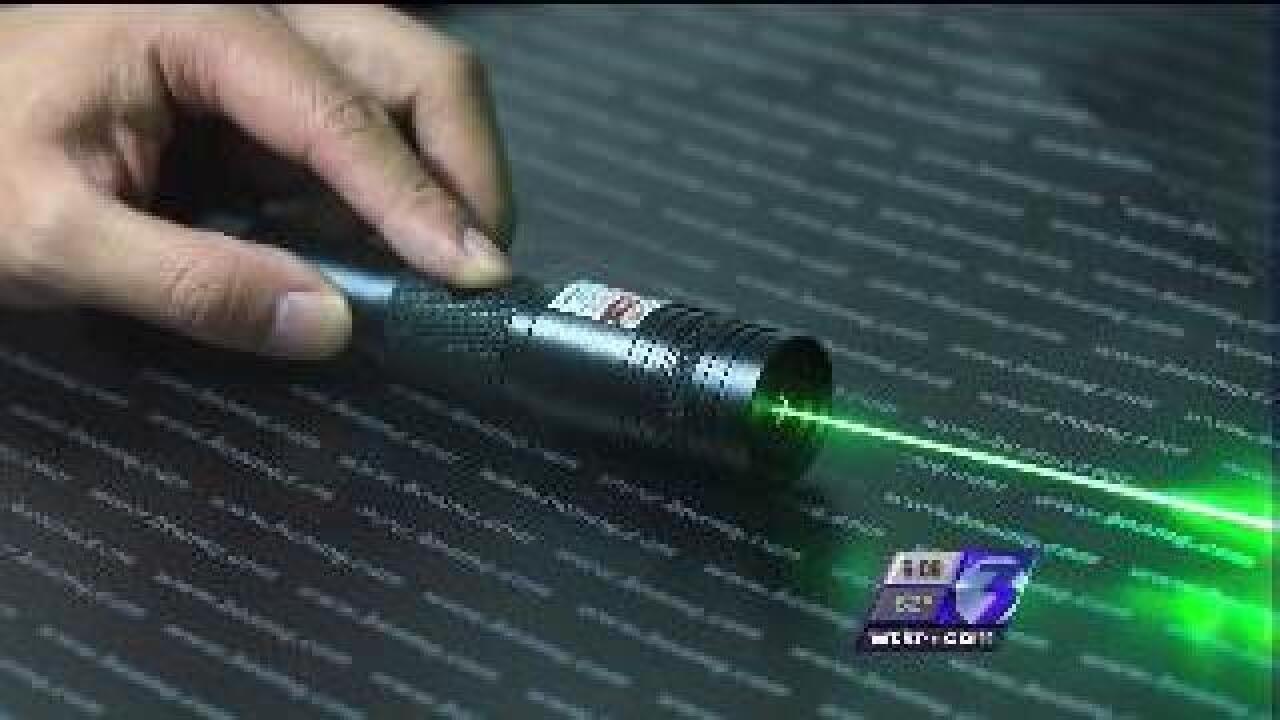 The commanding officer at Oceana held a press conference this afternoon talking about the dangers of pointing lasers at planes and other aircraft.

Over the last several months, Oceana pilots have reported several occasions where lasers were pointed at them while they were flying.

Today, officials stressed that this is not only illegal, but it can be a real problem for pilots.

One pilot was there to talk about her experiences with lasers while in-flight.

There have been 18 reports of pilots getting flashed with lasers since December, up from about 12 instances in 2011.