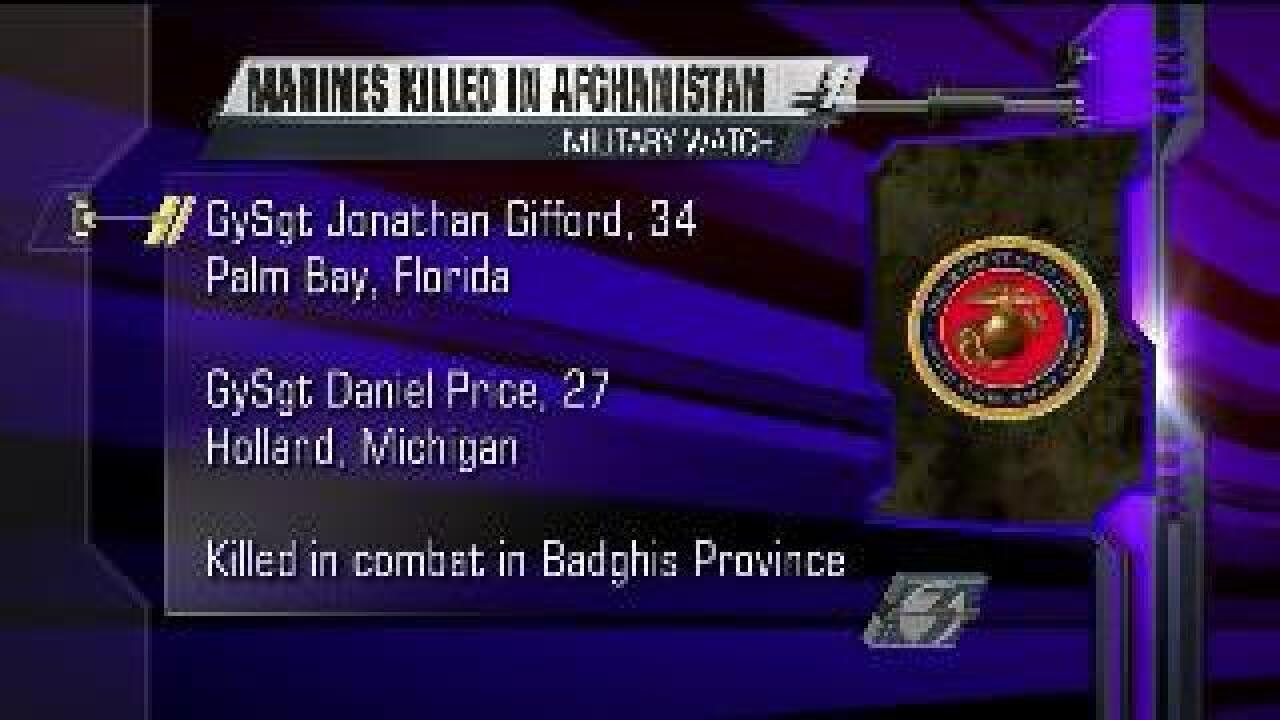 Two Marines and three Soldiers have died in Afghanistan.

On Thursday - First Lieutenant Sean Jacobs from California and Sergeant John Hansen from Texas were killed by a homemade bomb.