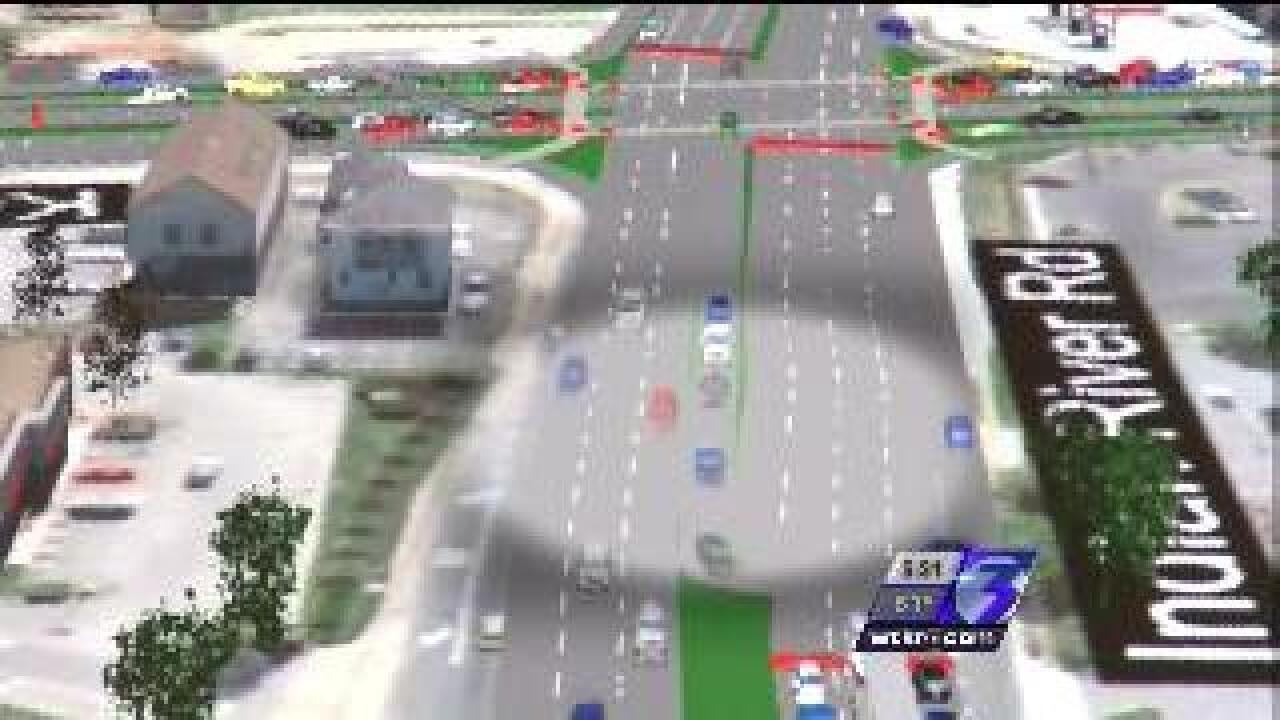 What's considered the busiest intersection in Virginia Beach could soon look more like something from Michigan.

City engineers are looking at building what's called "Michigan left turn" lanes at Indian River Road and Kempsville Road.  The idea is that it would reduce traffic congestion and handle the expected big surge in daily traffic in the next 20 years.

Under the plan, you wouldn't make left turns from Indian River to Kempsville at the intersection itself.

You'd actually drive to a new traffic light just ahead, make a U-turn and then drive into a dedicated right turn lane onto Kempsville Road.

The city says that U-turn area would be wide enough to support even the largest of big rigs.

The blueprint shows it would be done with the existing lanes of the road, and only some widening would be done for the dedicated right turn lanes.

This plan is still in the presentation stages and no final decision has been made.

The $10.4 million project needs to be approved by the city council after it’s presented to them in the fall.