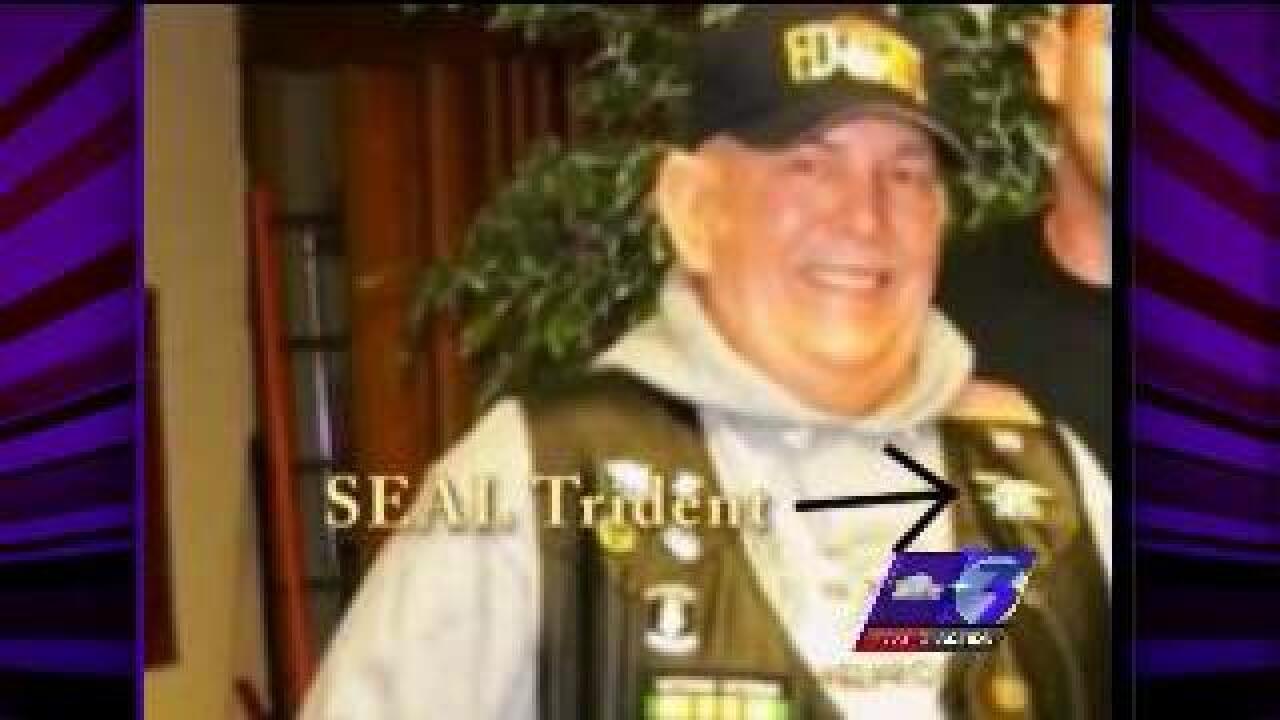 Investigator Mike Mather says the fake SEAL made a name for himself with an eye-catching pickup truck.

He calls it the "Ground Zero" truck, a fire-engine red Ford pickup painted with the names of all the police officers and firefighters who died on 9/11.

On the back, an anti-Islam message. On the rear window, a Navy SEAL decal. The New Jersey license plate also says SEAL.

Related:
Sex offender claims to be Navy SEAL with psychic abilities
Special Report: Is he really a SEAL?
How to spot a phony SEAL

Now New Jersey prosecutors might seize the truck. The New Jersey attorney general says Mark Niemczyk claims to collect charity money for 9/11 victims, but instead keeps the cash. Shipley knew Niemczyk was a fake more than a year ago.

“Mark is a phony SEAL. There is no listing of him in the database, and I have talked to that moron before. Mark claims to be an Annapolis graduate, Naval Academy, and he claims to be a three-tour Vietnam vet, Navy SEAL Team II and also claims covert Black Ops,” Shipley said on his video.

As Shipley has said many times before, and Special Warfare leaders have confirmed, there are no secret SEALS. The names of all men who have completed SEAL training are kept in a database, and there is no way to be a SEAL without graduating from the training class.

What really angered Shipley is that Niemczyk is a felon, and now accused of charity fraud, all while claiming SEAL honors. For the outspoken retired senior chief, this imposter left him nearly speechless.

Both Niemczyk and his business partner have felony records for financial fraud. The New Jersey attorney general has filed a civil suit, and said a criminal charge might follow.