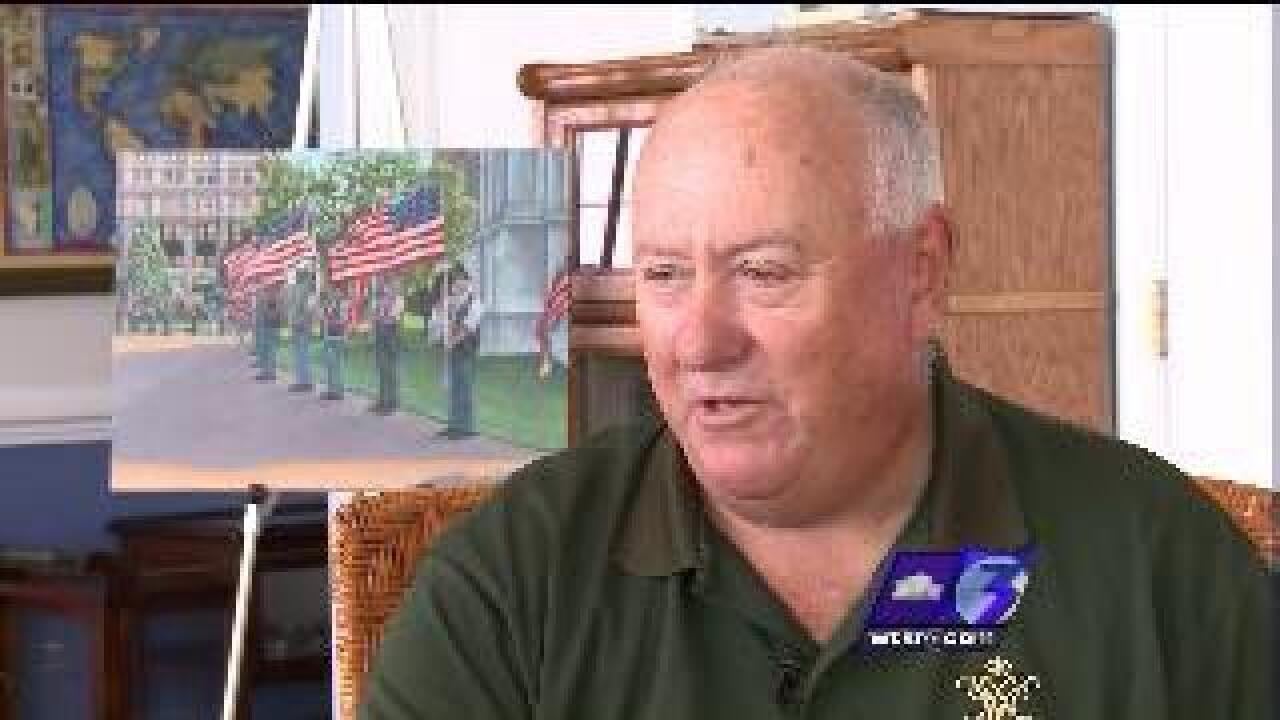 The painting shows in graphic detail the day Army officers came to the Weaver family home in Hampton with news no parent ever wants to hear.

But what Donn Weaver says was even worse--finding out that Westboro Baptist Church would use their son Todd's funeral as a platform for their attacks on gays, Jews and members of the military.

“I believe there were three of them, with their placards, the evil things they bring. Though it might not be voiced, those signs are as hateful as any loud voice could be,” said Weaver, talking about the day of his son’s memorial service in Williamsburg.

“They had moved directly opposite the church, thank heavens the local community, police and Patriot Guard Riders made them move away from the main entrance,” says Weaver.

Still, many other families around the country haven't been as successful in thwarting the protests.

After a disappointing Supreme Court decision in 2011 that upheld Westboro's right to free speech, politicians on both sides of the aisle banded together to make sure there were limits on how that free speech is exercised in the future.

“Like yelling fire in a theater, speech is not free when it damages the rights of others. It is the most hurtful thing that I have ever heard of,” said Weaver.

As part of the Veterans Omnibus bill passed by Congress on Tuesday, protesters now have to be at least 300 feet away from the property line of a cemetery or place of worship hosting a military funeral for 120 minutes before and after the service.

The same goes for the homes where the military families live.

“We should be able to celebrate their life and not be dishonored by anybody, especially those as reprehensible as that cult,” said Weaver.

In Todd’s case, the intersection outside of Jamestown High School is where Westboro protesters ultimately ended up-- right on the outskirts of the property line to the Williamsburg Community Chapel.

But the next time, they will have to keep on moving 300 feet down the road, the length of a football field.

“People won’t have to worry about it. There will be a cushion. They can concentrate on how to honor the loss of their loved ones,” said Weaver. “Hopefully this will be the beginning of the end of the hatred spewed by these Westboro people.”

The bill now heads to the president's desk where it is expected to be signed into law.