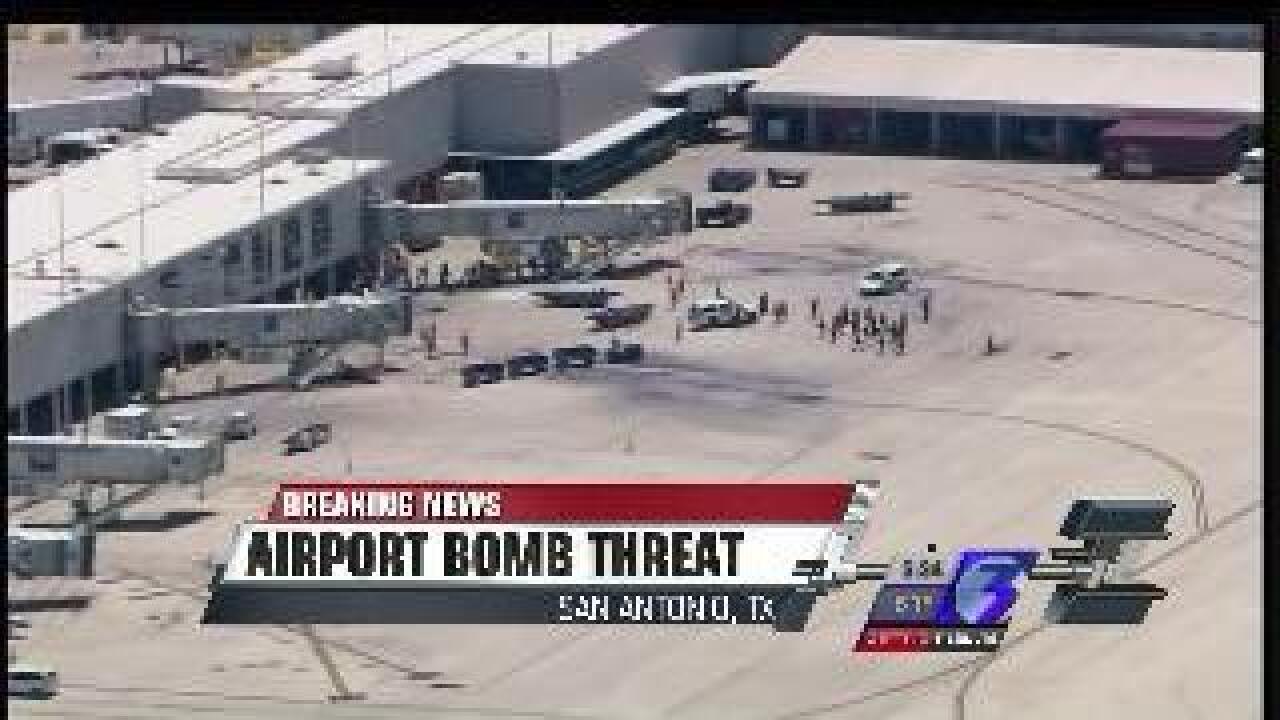 San Antonio's International Airport has been evacuated after a bomb threat.

Our affiliate in Texas says both terminals were evacuated and passengers are standing on the tarmac.

About 1,000 people have been evacuated from the terminal.

Planes ready for departure have also been parked outside the terminal.

San Antonio police continue to block off any access into the airport rerouting traffic away from the scene.

We're told officials are investigating pieces of luggage in a parking garage area.