Captain Mary Jackson is an inspiration to women in the Navy.

She was the first woman to take command at Naval Station Norfolk, the world's largest Navy base.

"The doors that have been opened for women have been spectacular and then for Captain Jackson to come along and do this, that has opened up, it's just boundless."

"So many of the young women in our Navy today don`t really have to think about some of the obstacles that were there when I came through. And in some cases, I didn`t realize were there," Jackson says.

Now she passes along her duties to Captain David Culler, Jr.

"We want to do it right, and whether we are a man or a woman, it's about serving our country," says Jackson.

And the woman many looked up to, will continue her journey. She will report to Navy Region Mid- Atlantic as Chief of Staff in September.

Here are additional photos of the ceremony: 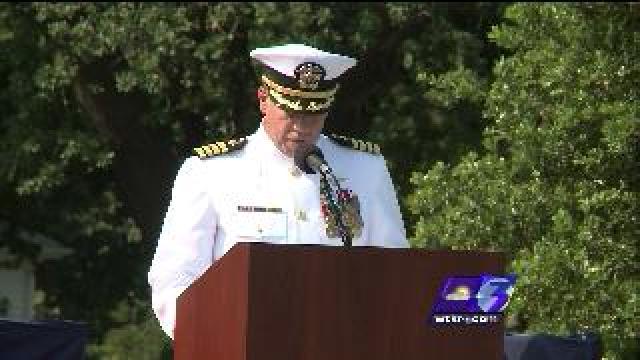