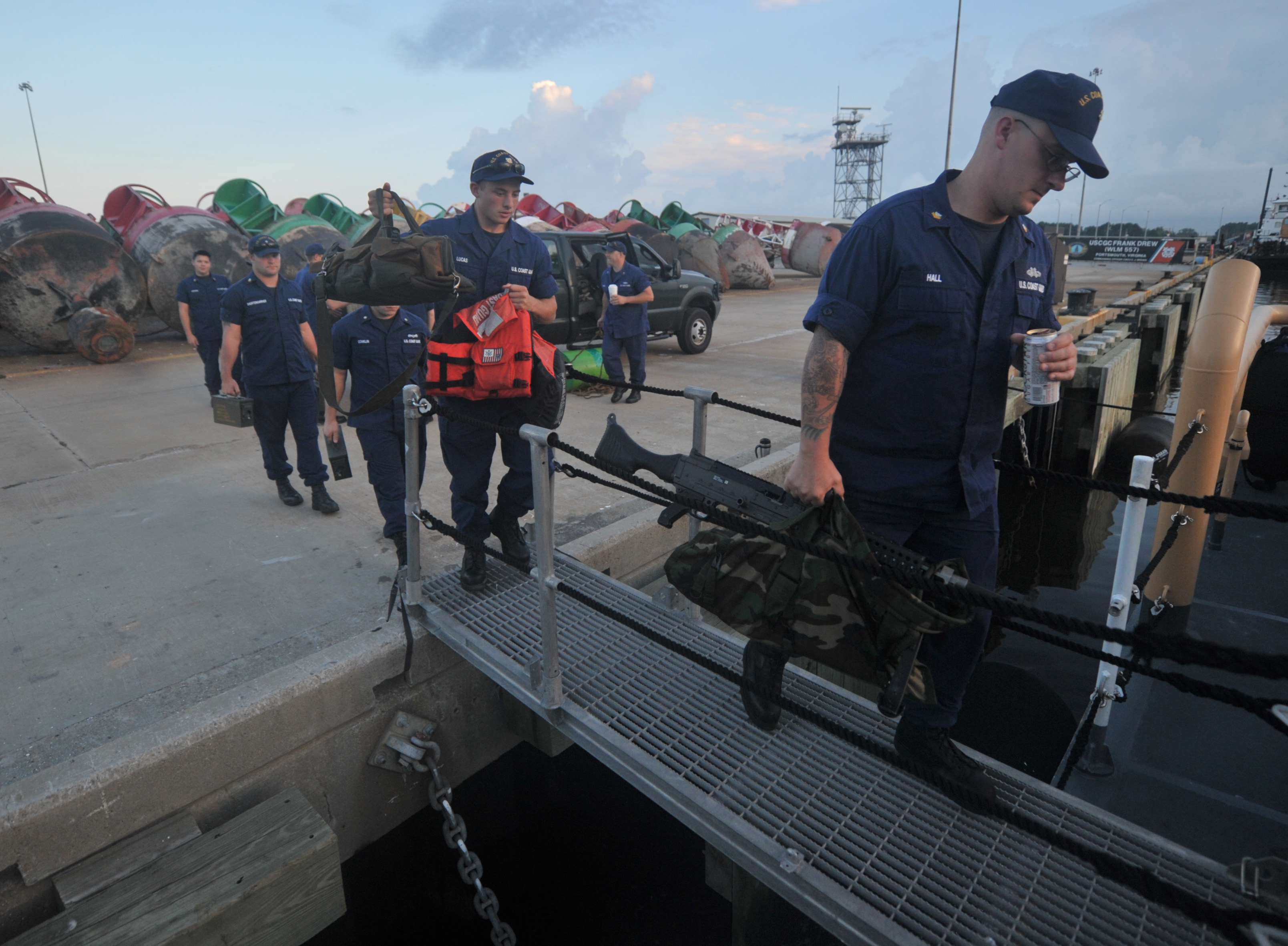 Portsmouth, Va. – The Coast Guard conducted a gunnery exercise at the Dam Neck firing range off Virginia Beach on Tuesday.

Approximately 20 Coast Guard members shot during a gunnery exercise to either qualify or renew their M240B machine gun competency, which is required to be completed every six months.

Coast Guard cutters that have M240B machine guns aboard are required to maintain a certain number of qualified crewmembers to man the weapon during law enforcement patrols.

During the bi-annual exercise, members are able to maintain proficiency with the mounted machine gun and learn proper techniques for firing warning shots in front of a fleeing vessel and engine-disabling shots if necessary.

Each firing station consists of three members – a gunner, a loader and a mount captain. Orders are relayed from ship’s bridge to the mount captains, which relay commands to the gunner.

Barrels are changed out after expending a can’s worth of ammo, two 100 round clips, to prevent the weapon from overheating.