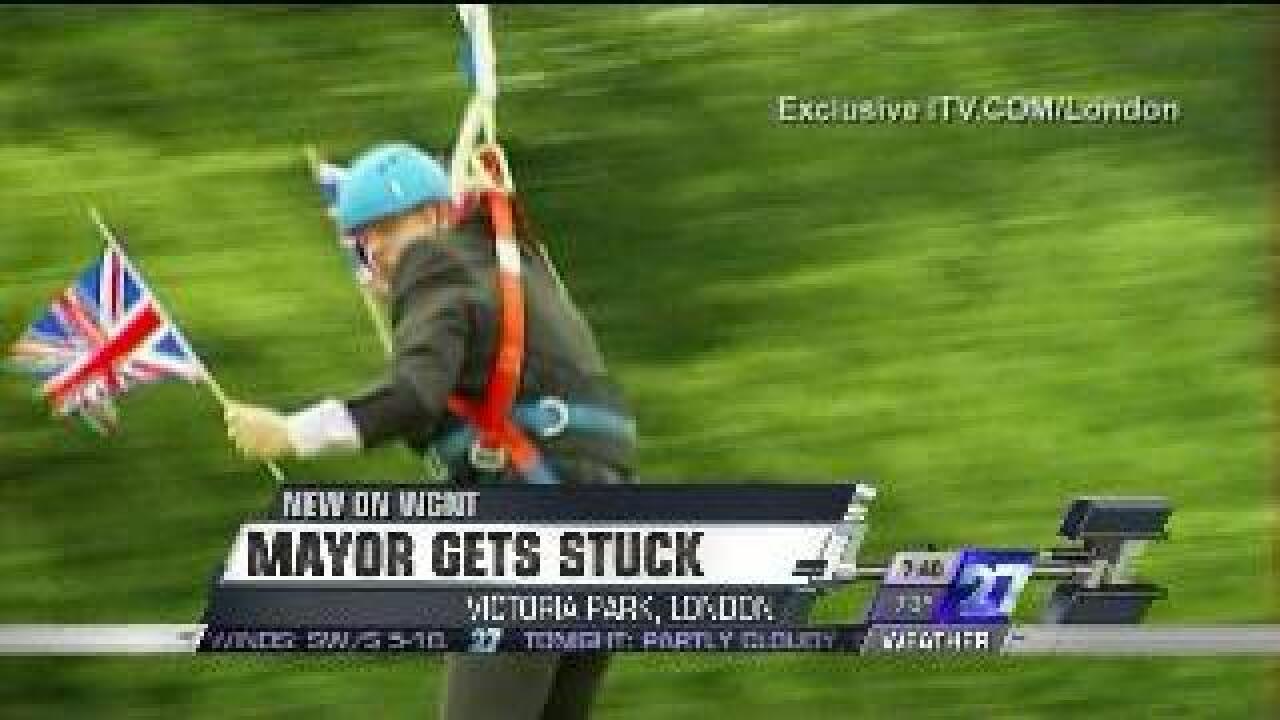 London’s mayor decided to have some jolly good fun during the Olympics.

Turned out, some of it was at his expense.

Boris Johnson goes for a ride on the zip line in London’s Victoria Park.

All seems to be going well - he’s waving a couple of British flags. But then, near the bottom, he gets stuck.

He’s too far above the crowd for anyone to grab his feet.

At one point, he asks for a ladder. Eventually, he’s rescued and pulled in to safety.