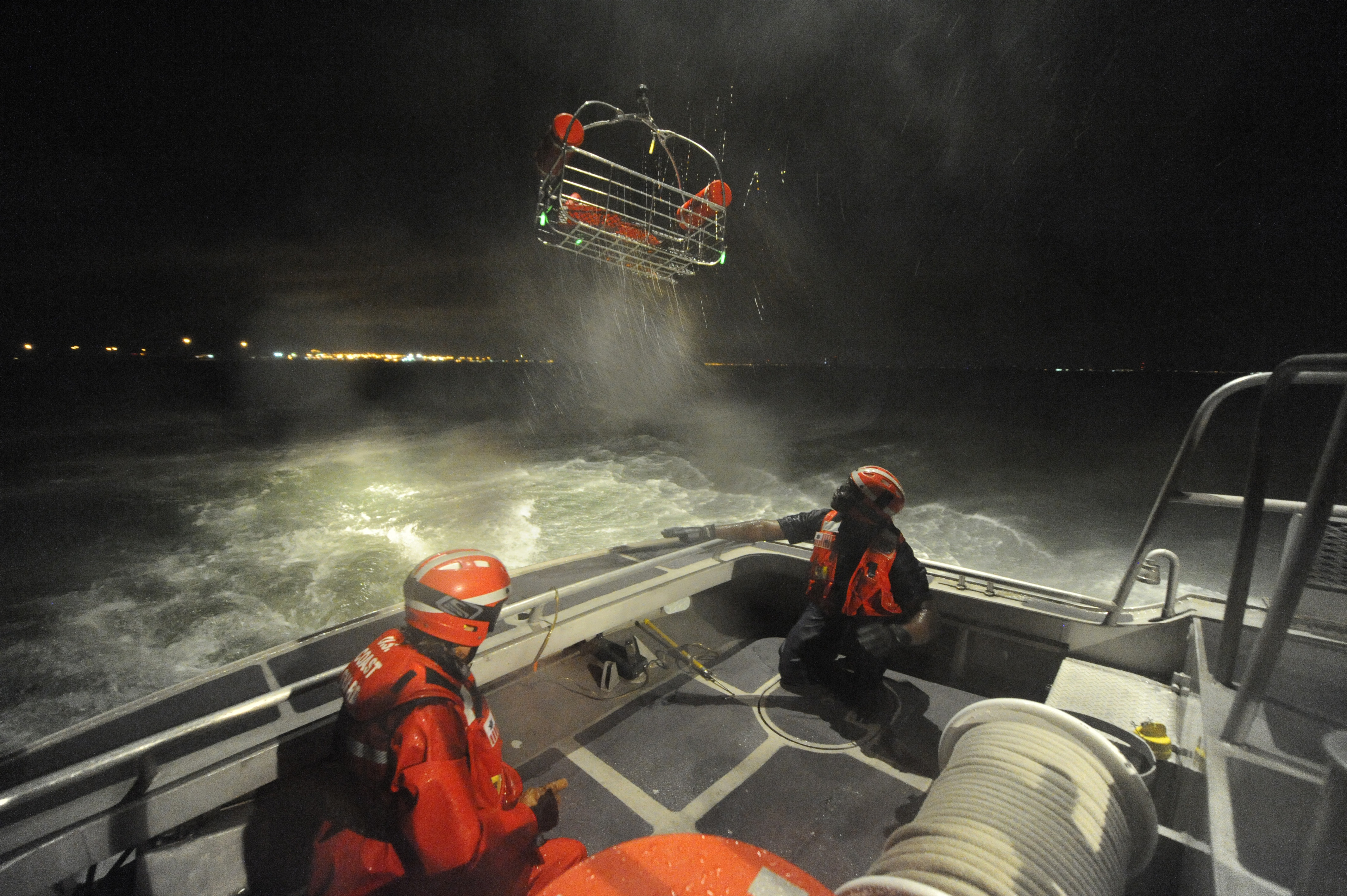 Portsmouth, Va. – Members of Coast Guard Station Portsmouth got underway July 30 aboard their 41-foot aluminum-hulled Utility Boat to conduct training to assist crewmembers at the station in acquiring their boatcrew qualifications.

The UTB crew began with some two-boat training, which consisted of using their 25-foot Response Boat – Small simulating a disabled vessel. The UTB crew moved in and passed a line to the RB-S crew so they could take the RB-S in a stern tow. Afterwards, they pulled the RB-S alongside and placed the vessel in a side tow, allowing the UTB crew to maintain control over the simulated disabled vessel and render the necessary assistance.

Once the sun began to disappear behind the horizon, crewmembers aboard an MH-60 Jayhawk helicopter from Coast Guard Air Station Elizabeth City, N.C., made contact with the UTB crew via VHF-FM radio, conducted a brief with the crew to discuss their operations and moved into place to begin their scheduled training.

Lowering the basket from the helicopter to the UTB crew allowed crewmembers to practice a skill often used during medevacs. Conducting this training on a regular basis allows the crewmembers to maintain proficiency in their search and rescue techniques and procedures.

The rescue swimmer from the second Jayhawk was lowered to the UTB to retrieve their mannequin, commonly referred to as Oscar. Once the swimmer was back inside the helicopter, the Jayhawk crews returned to Elizabeth City, concluding the training.