One person dead after bus crashes into bridge support in Illinois 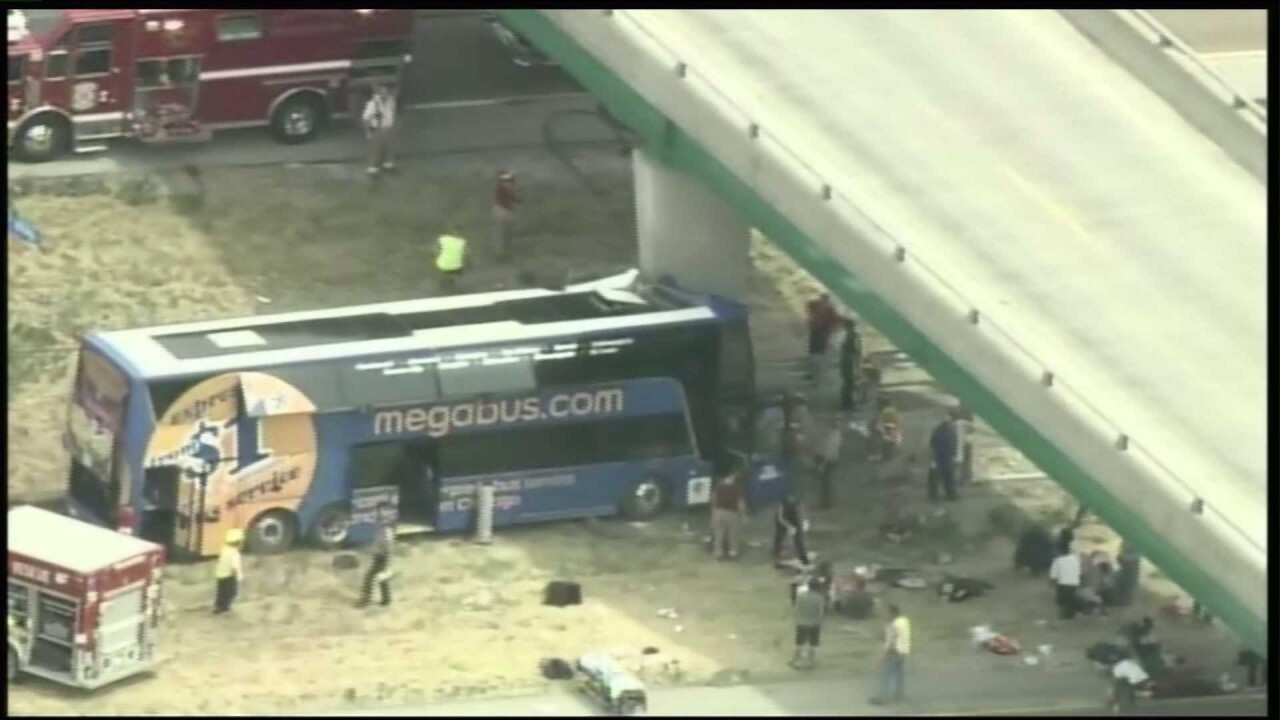 One person is dead, dozens hurt, after a double-decker bus crashed into a bridge support in Illinois on Thursday.
Federal transportation officials say they will investigate the crash, but the cause may already be known.

A blown tire is believed to be what caused a fully loaded double-decker “Megabus” to crash into a concrete bridge support pillar on Interstate 55 In Litchfield, Illinois. The bus carrying 81 passengers was en route from Chicago to Kansas City when it went out of control.

“So I heard the tire go out, and I just felt a bumpy ride as we were going off the road. Then, a really sudden impact.”

“It felt like the bus was going to tip. The driver regained control of the bus and was able to keep it upright, covered, but obviously could not stop in time before hitting massive pillar.”

Rescue crews used ladders to get to the victims – some, trapped on the second floor of the bus. That’s where Zaq Hall was seated.

“I just came to and saw people on the floor. A lot of people had bloody faces.”

30 ambulances and 10 helicopters were on-scene to transport the wounded, whose injuries ranged from cuts and bruises to broken bones and worse.

“There were three patients whose injuries are a lot more serious. They may need surgery so they’re being transferred out.” Said Brian Reardon, St. Francis Hospital Spokesperson.

Two years ago, another Megabus was involved in an accident near Syracuse, New York and four people were killed. The National Highway Traffic Safety Administration is already working with Illinois officials on an investigation into Thursday’s crash.