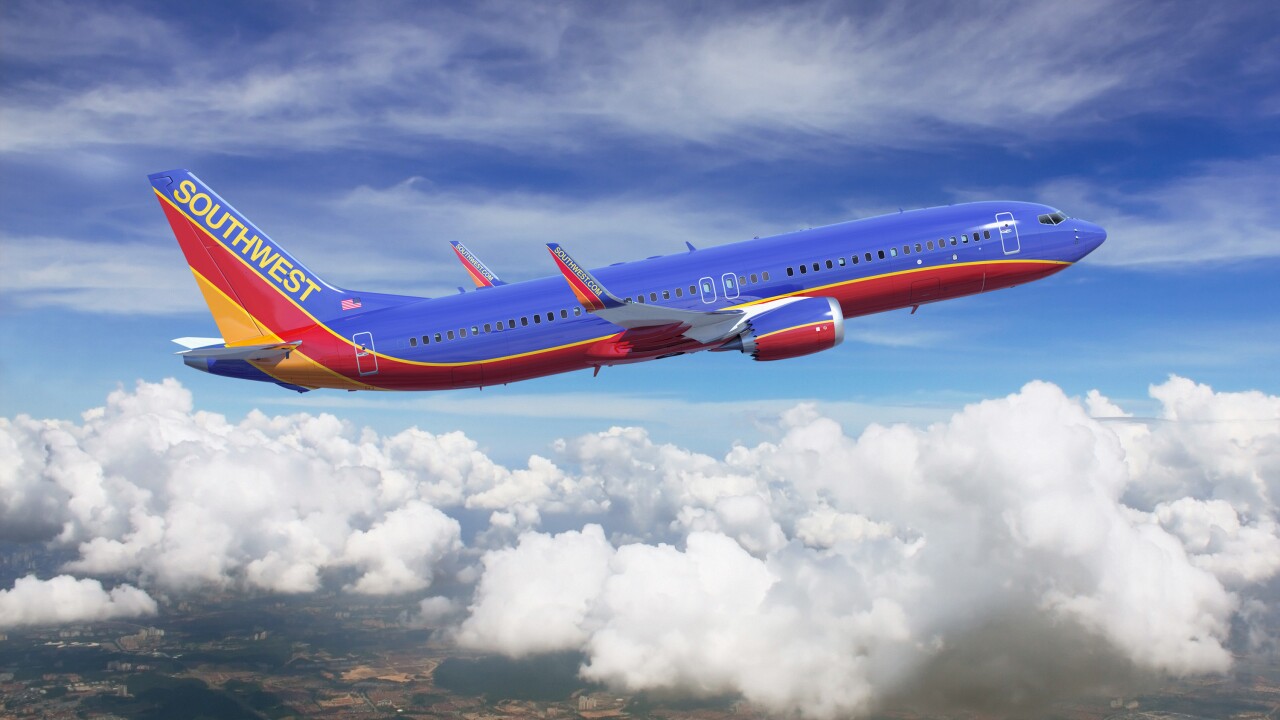 CNN – When Southwest Airlines offered a limited-time promotion on Friday to celebrate reaching three million fans on Facebook, it seems they accidentally racked up duplicate charges on the credit cards of their loyal customers.

The LUZ2LIKE promo code was meant to offer customers 50% off when booking a round-trip with their “Wanna Get Away” fares during seven specific travel dates in the fall. The promo, which arrived by e-mail to customers, only lasted until midnight on Friday.

On Saturday, their Facebook page was flooded with differing stories describing the trials, unresolved issues and even a few happy endings for customers trying to shake off the excess charges. Some lucky folks even posted that they sailed on through the process without a glitch.

When Southwest became aware of the problem, they offered a statement on Twitter, and a similar, expanded version on their Facebook page.

“Thank you for your excitement in taking advantage of the limited-time offer we shared today in celebration of reaching three million Fans on Facebook. Due to the overwhelming response, we experienced some site performance issues at various times throughout the day. We apologize to our Customers for any inconvenience and are proactively cancelling any duplicate itineraries that may have occurred.”

Bobi Fox, a customer who wanted to take advantage of the promo code, shared her experience with CNN. She purchased directly off of Southwest’s website.

“Customers who purchased tonight got no tickets, no confirmation, and many, like me, were charged on their credit cards repeatedly until credit card companies stopped the purchase process — some customers say they have been called by their credit card companies questioning fraud purchases,” she said. ” My credit card might be typical, my purchase was repeated 9 times (cost in excess of $2300 for a one pair of round trip tickets from STL to SLC). This is not unlike what everyone else is experiencing. Current wait time hold with Southwest customer service: More than two hours.”

Southwest interacted with commenters to let them know that customer service representatives were working around the clock to help reverse the transactions and cancel the excess flights.

But that didn’t soothe all of the complaints, and it seems that people are doing a lot of waiting – waiting for charges to be erased, flights to be cancelled and even ticket confirmations for the flights they want.

“I had $4000 limit on my card, I now have zero available because of 25 confirmations,” John Seymour wrote on the airline’s Facebook page. “I called when I was having errors, and the CS rep told me the website was slammed, and to keep hitting purchase and it would eventually go through. Looks like all of them went through.

“I waited almost three hours last night to speak to someone. Finally got someone on the phone, and I had to remember which specific flights I had picked so that she could look up the flights and cancel the duplicates. She had to send the confirmation for the one flight I did want twice before it ever made it to me. I woke up this morning to 25 or so confirmations, and 25 or so cancellation emails. The charges remain pending on my credit card, so I can’t use that card to book my hotel room in Vegas for my trip. Thanks for ruining my Friday night. Wish I had never seen this deal. And I was so glad when you came to Atlanta….”

‎”36 confirmations,” Bella Ventresca shared. “Over $7,000.00 in charges to my account, and 2 hours on the phone with SWA. I thought that this was just me, but apparently SOMEONE really dropped the ball here. PLUS it will take 7-10 days to process returns? Unacceptable.”

One of the common threads of discord? Waiting on the phone for hours to speak with a customer service rep, and then being cut off the phone call when a human voice finally answered. The comments even spread to other activity on the page, like when Southwest changed their Facebook cover photo from the promotion to a banner showing the airline.

“The Flash Sale made a nightmare out of my day,” June Wood wrote. “It just happened to be on a day that I needed to make arrangements but not one of the Flash dates. I was on hold the first time for 3 1/2 hours; then someone picked up the phone and click it was gone again. I tried numerous times throughout the day and evening I was put on hold again for 45 minutes. I was working on the booking from 6pm 8/3 until 2am 8/4. The reps seemed to be exhausted and not able to think clearly. Nice try but don’t repeat.”

Others were not amused when some Southwest fans began posting comments in support of the airline, such as “Best airline out there,” and “I love Southwest.”

“More disturbing than being charged $5000 dollars for a flight to Cleveland and waiting to see if I’m charged over limit fees as a result, is the number of people who are posting pointless “I love Southwest” comments or telling people not to be upset,” Steve Kafkas wrote on the Facebook page.”

“I’m a loyal Southwest customer, but at the moment I don’t know that I would risk buying another ticket from Southwest. How about a statement with a few more specifics than “we’re working on it” and that hours after the fact. For example, can people really cancel their flights online and get refunds? If so, why not post that here or on your website? If not, then tell people, because there are people suggesting it on this page.”

Because of being charged multiple times, sometimes upwards of 30 separate occasions, customers complained that the strain on their credit cards for the unexpected charges had a domino effect on their finances.

“I was sympathic [sic] to the situation before I actually spoke with a rep from Southwest who said, there is nothing she can do…southwest will refund the charges when they get to it and it will take 8 -10 business days before I get my money back and now I have to call customer relations to get the overlimit fees back, and I was charged interest on the $1400 on the duplicate charges and I have to pay for the long distance fees to call customer relations as they do not have a 1-800 number…SERIOUSLY?!?!? Are you freaking kidding me?” Suzanne Worrell wrote in a blazing post.

“You guys screwed up, took MY money through no fault of my own and now you are telling me I have to work to get it back and I am gonna be out more money??? For a company that prides itself on customer service you guys are falling on your face!! I spent over 5 hours last night on hold just to be disconnected, I can’t buy groceries or gas because you guys have taken all of my money and there is nothing you can do about it??? This is CRIMINAL!!! I get there was a glitch but compensate me, fix it, don’t tell me I have to call someone else on Monday to get it fixed! I am so disappointed and angry at Southwest!”

People also complained in their comments about not receiving the LUZ2LIKE email promotion to even know about the sale, and that because of the glitch, Southwest should extend the promotion. Others immediately responded by saying they were lucky they didn’t receive the promotion because of the charge errors that resulted for many of them.

Teri Landrum shared her experience on the Facebook page for how to try cancelling the flights online, but other users said that the site hasn’t been working for them.

“Hopefully this will help someone — Go to southwest.com, log in to RR Account, click My Account link under “Hello Teri”, click View All next to Upcoming Trips, click Cancel Reservation, Under Travel Funds, it should say “Refundable” and the $ amount.” Landrum wrote. “Select “Request a Refund”, then click Yes, Cancel. When you go to cancel the next one, make sure you select the next one in the list because the list doesn’t remove your cancelled ones and when you have 17 to cancel, it can get confusing.”

Perhaps the complaint that resonates the most is how Southwest’s customers felt punished, rather than rewarded, for being fans of the airline.

“I appreciate your generous sale but this is the last time I will ever fly southwest,” Christine Ylan Ho wrote. “Maybe you’ve made this mistake yesterday but the lesson here is how you’ve dealt with it, which is poorly. Good intentions but you should have been prepared to deal with the ramifications of charging thousands of dollars, especially to those who need access to that money to survive. Egregious really. IMPROVE YOUR RESPONSE TO THIS KIND OF CRISIS. I do not like your facebook page.”