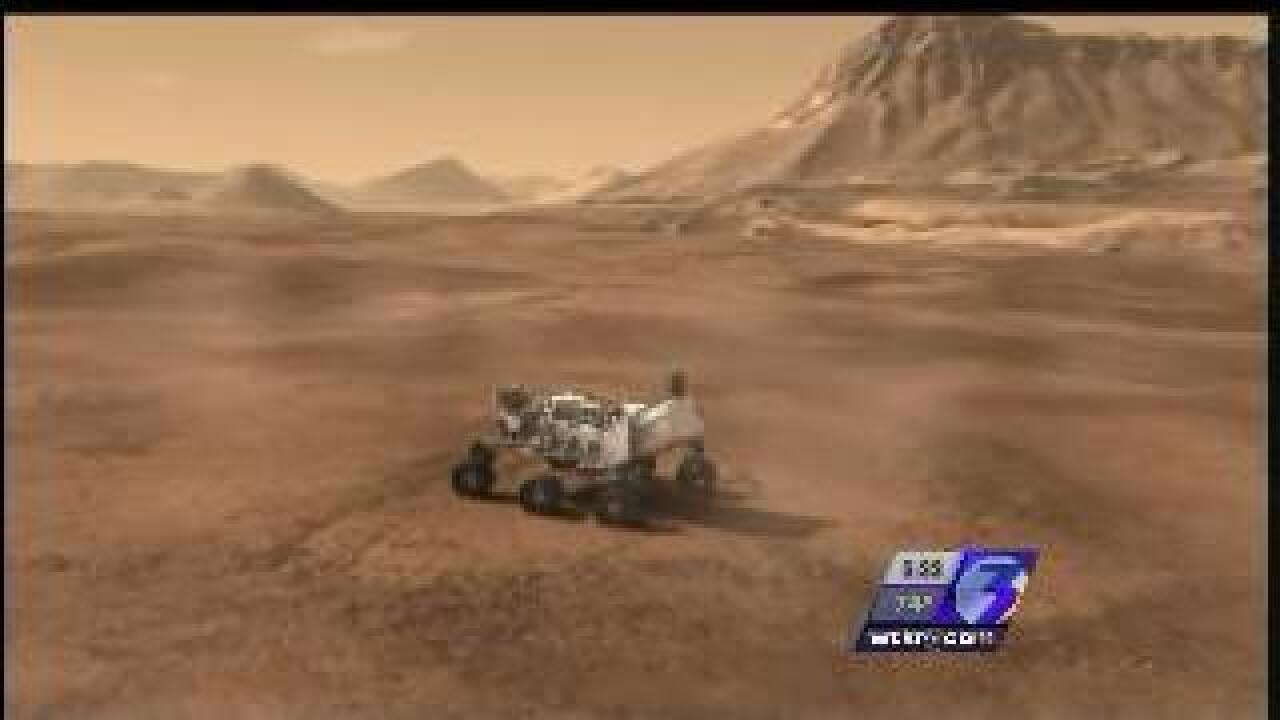 Monday was an historic day for NASA.  The Mars rover Curiosity successfully landed on the red planet early in the morning.

After getting confirmation, NASA’s Jet Propulsion Laboratory in California erupted in cheers.  It was a scene that was echoed at the Virginia Air and Space Center in Hampton where people from NASA Langley Research Center were gathered.

They had a big interest in the mission – their researchers and engineers have worked on this project for at least 10 years.

One of their roles was to get Curiosity safely on the surface of Mars after it entered the atmosphere.

They performed more than 10 million simulations to figure out how to make that happen.

“This was by far the most complicated and hardest robotic planetary landing in history,” said Rob Wyman, Head of Communications for NASA Langley.

The difficulty was due to its size.  It’s about as big as a Mini Cooper, making it by far the largest rover sent to Mars.

Another project by researchers at NASA Langley involved developing sensors for the spacecraft's heat shield.  The sensors gathered information about pressure and temperature as it descended.  That data will be used for future missions.

They've already gotten some data back and should get more in a few days.

They’re also looking forward to seeing the information sent back from a mini-computer they developed for the rover.

“Its job is to help control a laser, and this laser is going to basically vaporize rocks or other things that it comes across,” said Wyman.

Curiosity just has to finish getting checked out and then it can start exploring.

“I know everybody’s very excited and very proud and can’t wait to see what comes back and where our "Curiosity" leads us,” said Wyman.